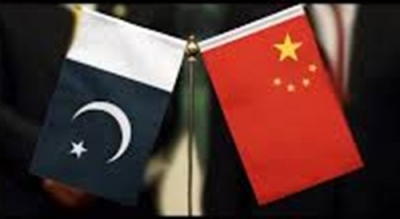 The leaked concept paper on Sino-Pak collaboration on building a global narrative was presented during a meeting between Chinese and Pakistan military delegates last month.

The collaborative information war campaign has to be seen in the light of the recent Politburo meeting in China where President Xi Jinping acknowledged the negative impact of their ‘wolf warrior’ diplomats’ targeted attacks on countries across the globe.

Sources said that Pakistan has already had a failed tryst in creating such a channel last year when it tried to collaborate with Turkey to produce an Islamic channel which will portray ‘correct Islamic values’ to the world.

That project, unfortunately, has been shelved due to lack of interest and energy from either party.

The current project aims to establish a media house on the lines of Al Jazeera and Russian Television to project the correct image of Pakistan.

Though the documents do not refer to China directly in terms of content, the very fact that financing is provided by China is proof enough that China intends to use this channel as a stepping stone to improve its image, its Unified Front Works department having failed horribly.

The concept paper states: “There is a need for a media house of the stature of Al Jazeera and RT to propel amenable narrative and a media house may be established in Pakistan and funded by China to achieve stipulated objectives.”

The document cloaks these grand aspirations with a competing power play between the West’s conception of the Clash of Civilisations and the Chinese concept of shared community. By siding with China, Pakistan has automatically set itself up to be against the West and their norms of civilised behaviour.

The concept paper states: “Amidst rise of Asia in 21st century, the rise of China as a supreme power is a well accepted reality. Two competing strategic thoughts are in play i.e Clash of Civilisations versus Integration of Civilisations of China.”

The document also mentions that both countries will look for experts of international repute to progress their narratives and already a few nondescript commentators within and outside India have implicitly shown some interest in being part of this propaganda.

The document also mentions the usual financial constraints faced by Pakistan, and paints a little note of caution saying that the Chinese internal dynamics preclude open media, signalling the Pakistanis’ helplessness in setting the agenda for this project.

A senior officer in the security establishment explained that Pakistan has been termed as a breeding ground for terror for the last two decades and its image as a responsible nation has suffered heavily.

“The condition is so bad that the Pakistani passport has been ranked as one of the worst performers in the world. As a result, ordinary Pakistani citizens have had to face humiliating invasive body searches at most of the airports as they are considered to be terror supporters. Most countries have already barred visa services to Pakistan,” the officer said.

While proclaiming itself to be a fountainhead of Islam and the only country in the world to be created on the basis of religion, Pakistan has attempted to use the Muslim card both to portray itself as a victim and an enabler of Islamic solidarity.

While taking billions of dollars from the US in the name of supporting the global war on terrorism, Pakistan’s value to the US has taken a dip due to the ongoing US withdrawal of forces from Afghanistan.

It has therefore turned towards China and labelled their opportunist alliance against India as a friendship of ‘Iron Brother’, the officer explained.

This is ironic since Pakistan neither shares cultural nor civilisational markers with China.

“On the other hand, China has been accused of persecuting the Muslim Uighur population in the Xinjiang region to which Pakistan has conveniently turned a blind eye,” the officer added.

The document adds that China is competing with the West in technology and economy but is still catching up with the US. “In a social media dominated world winning the battle of narratives is more important than physical battle,” it adds.

So to achieve this, they want to collaborate and start an international news media organisation. The document states: “Domination in technology and economy may not fully realise sans domination in the information domain.” (IANS)