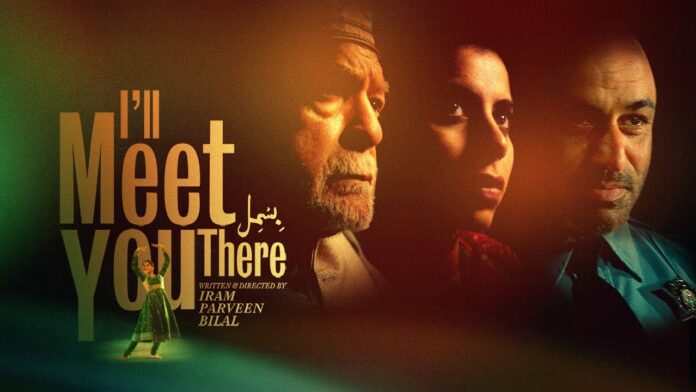 Los Angeles– Pakistan’s Central Board of Film Censors (CBFC) has banned Pakistani-American filmmaker Iram Parveen Bilals ‘Ill Meet You There’ a week ahead of its scheduled theatrical release in the country.

The CBFC found the film unsuitable for public exhibition on the grounds that it “does not reflect true Pakistani culture, portrays a negative image of Muslims” and is against the “social and cultural values of Pakistan.” The CBFC has refused to grant a censorship certificate on these grounds, reports variety.com.

The film was selected for SXSW’s narrative feature competition in 2020 before the spread of the pandemic forced the festival’s cancelation. Mini-studio Level Forward acquired North American virtual theatrical rights and impact distribution privileges for the film and rolled it out in 2021.

A portrait of three generations of a Muslim-American family, “I’ll Meet You There” follows Majeed, a Chicago policeman, and his teenage daughter Dua, a gifted ballerina, who are unexpectedly visited by Baba, Majeed’s long-estranged father from Pakistan. Majeed is given a career-making opportunity that he can’t turn down, but it requires him to use his father’s help to gain access to the local mosque, while Dua, under Baba’s guidance, begins to question her passion for dance.

Bilal, who made her feature debut with the acclaimed ‘Josh’ that played the international festival circuit in 2013, said in a statement: “I’ve been mulling over the decision by the Central Board of Film Censors, calling our film ‘I’ll Meet You There’ a ‘negative image of Muslims’.

A film that was made with blood, sweat and tears by a Muslim, financed by Muslims and made in the face of a post 9/11 world and a Trump presidency; a film whose very purpose was to combat Islamophobia and to create a positive portrayal of Muslims. A film already released abroad and celebrated widely by the Muslim Pakistani diaspora and seen as a needed and humanized representation of our people. How could that intention be reframed so oppositely and so negatively?”

“I feel the answer lies in the direction of the belief that ‘Muslims’ and ‘Pakistanis’ are not a monolith, that they are a living, breathing, agreeing, disagreeing body of people who happen to identify with the same faith and/or nationality. So, then who really gets to decide what an aligned or misaligned value system is, when the value system itself is not a single presentation but a spectrum of values; of erring human beings, growing and adjusting to life and its complex challenges, one day at a time,” Bilal said.

“I respectfully disagree that there is just one notion of what Pakistan and Pakistani values are. When we ask the diaspora to contribute and donate, when we even care to enable them to vote in elections, then we should also include their troubles, identity struggles and issues as ‘Pakistani.'”

“Let’s please end the elitism that a nation or religion can only belong to a select few. Such fearful silencing is not the way forward for a country that is vibrantly developing in population, promise and identity. We as artists have a responsibility to showcase and provoke thought, to inspire and engage with a society that is equally provoking and expanding,” Bilal added.

Tahir said: “It is disheartening, disappointing and shameful that issues that Pakistani ex-pats face in their lives are trivialized and labelled as ‘not reflecting true Pakistani culture.’

Tewani added: “In a time where the world is so fragmented, so separated based on everyone’s individual political and social beliefs, it is refreshing to see a film like ‘I’ll Meet You There,’ a work of art, about people persuading each other to see the world the way they do, and eventually meeting someplace in the middle. To make any sweeping judgments about any one mindset present in the film is to misinterpret it, to see it from a narrow perspective instead of the big picture, when in fact, no one is right and no one is wrong. That’s where they meet.” (IANS)