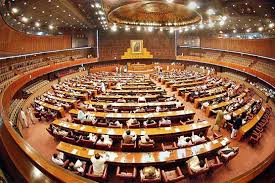 Islamabad–Pakistan’s National Assembly on Tuesday unanimously passed a resolution demanding that India reverse its decision to revoke the special status of Jammu and Kashmir.

The resolution passed by the National Assembly also called upon the Organisation of Islamic Cooperation (OIC) to “immediately convene” a summit on the Kashmir issue.