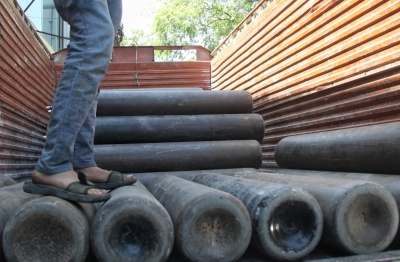 He also directed Chief Secretary Vini Mahajan to pursue with the government of India for urgent supplies, given the serious situation, with patient load increasing due to influx from Delhi and other states, and pushing up demand for medical oxygen.

He further asked the Chief Secretary to rush urgent supplies to Amritsar, where precious lives were lost on Saturday due to shortage of oxygen in a private hospital.

Given the criticality of the situation, the Chief Minister has sought four-hourly reports from Principal Secretary Industries on the state’s hospital-wise demand-supply situation of Oxygen.

Sunday’s letter to the Union Health Minister followed the Centre’s failure to increase the allocation to Punjab as per the new allocation of LMO issued on Saturday, despite his plea for enhancement to at least 250 metric tonnes (MT) of LMO per day.

The Chief Minister had on Saturday written to the Union Health Minister requesting for an increase Punjab’s liquid oxygen quota to 250 MT daily due to continuous surge of Covid cases, seeking his urgent personal intervention in this regard.

Writing in continuation of his earlier letter, the Singh, on Sunday, said “the situation has become very grim over last few days as our supply of LMO has not been able to meet the increased demand.”

He further wrote that despite his request for allocation of at least 250 MT of LMO per day to Punjab from outside the state, the new allocation of LMO issued on April 24 by the fovernment of India did not increase the allocation to Punjab, though allocation to other states increased substantially.

Pointing out that six persons died in Amritsar on Saturday, likely due to non-supply of oxygen, he observed that Punjab does not have any major LMO production capacity and is largely dependent on the supply from outside the state, thus necessitating the Minister’s urgent intervention.

Currently, the daily allocation of medical oxygen for Punjab from the Centra pool is 105 MT, excluding the production of the local ASUs which generate around 60 MT of liquid oxygen within Punjab and meet requirements of various re-fillers, bottling plants and distributors.

The daily consumption and requirement as per the present case load for Covid-19 patients for Punjab, on the other hand, is around 200 MT as April 25, and around 50 MT for non-Covid patients (emergency and other essential requirements that cannot be stopped).

This makes the total daily requirement and consumption for Punjab healthcare services of 250 MT of liquid medical oxygen.

This is expected to rise to around 250-300 MT in the next two weeks as per the projections of case load.

The state’s capacity for storage of medical oxygen for all healthcare facilities, including both government and private facilities, in Punjab is around 370 MT. (IANS)