BOSTON–Nearly 15 percent of opioid-naïve patients hospitalized under Medicare are discharged with a new prescription for opioids, according to a study published today in JAMA Internal Medicine.

Among those patients who received a prescription, 40 percent were still taking opioids 90 days after discharge. The rate of prescription varied almost twofold between hospitals, with some hospitals discharging as many as 20 percent of patients with a prescription for opioids. 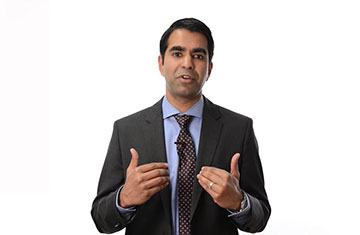 Despite growing concern about the public health costs of long-term opioid use, little has been known about how often the painkillers are prescribed. Even appropriate short-term prescriptions can lead to long-term use and, potentially, abuse.

“Every day, 44 people in the United States die from prescription drug overdoses, especially opioid overdose,” said Anupam Jena, lead author of the study, the Ruth L. Newhouse Associate Professor of Health Care Policy at Harvard Medical School, and a physician at Massachusetts General Hospital. “It’s critical that we understand hospital prescribing patterns so that we can make sure we are prescribing these medications safely and effectively without fueling this deadly crisis.”

Jena said that the researchers were especially interested to see whether there was a relationship between Medicare incentives to encourage hospital pain management and the rate of opioid prescriptions by hospitals.

While the study, which analyzed hospitalizations under Medicare in 2011, did find that the hospitals that scored highest on pain control measures also had the highest rates of opioid prescribing, the link was quite modest and did not explain most of the variation between hospitals.

Short-term prescriptions for opioids, while well-intentioned, can lead to long-term use.  “Opioids have an important role to play in specific forms of acute pain, but the high risks of long-term use mean that adherence to proper prescribing guidelines is critical,” said study co-author Pinar Karaca-Mandic, associate professor at the University of Minnesota’s School of Public Health Division of Health Policy and Management.

Dana Goldman, professor and the Leonard D. Schaeffer Chair and Director of the Schaeffer Center for Health Policy and Economics at the University of Southern California also contributed to the study.