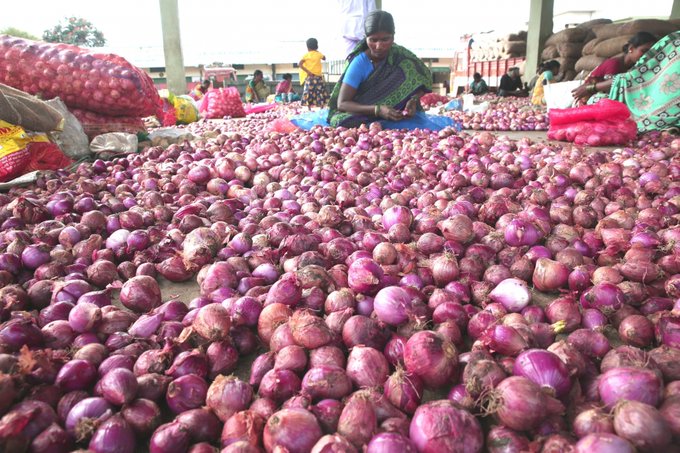 New Delhi– Wholesale prices of onion eased in Delhi on Monday after an increase in local produce arrivals as well as the bulb sourced from the overseas.

“Around 24,000 bags of onion, each containing 55 kg of the crop, arrived at the Azadpur Mandi that brought down the prices as compared to the previous week,” Rajendra Sharma, President Onion Merchant Association told IANS.

Azadpur Mandi is the biggest vegetable market in the country.

Apart from domestic produce, around 200 tonnes of imported onion also arrived at the Mandi on Monday, he added.

Wholesale prices of onion were quoted in between Rs 50-75 per kg at the mandi on Monday. Hence, prices were down by Rs 5 per kg against the previous week, a source said.

Onion from Afghanistan and Turkey was also arrived here, the source said.

“Over 80 trucks of onion came from Afghanistan in past two days. A large quantity of Afghani onion is being supplied in the border state of Punjab,” the source said.