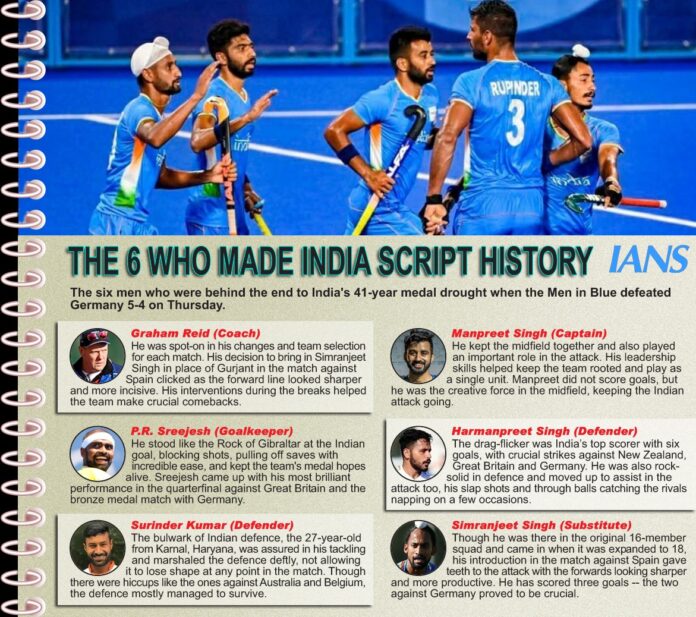 Mumbai– The Indian men’s hockey team that won a bronze medal in the Tokyo Olympics on Thursday, beating Germany 5-4 in the bronze medal match, has received a total funding of Rs 50 crore in the five years since 2016.

The team that finished eighth in Rio de Janeiro Olympics after losing to Belgium in the quarter-finals, has received Rs 50 crore as part of Annual Calendar for Training and Competitions’ (ACTC) funding.

Besides this, the team received Rs 16.80 lakh under the Target Olympic Podium Scheme (TOPS), the Sports Authority of India informed on Thursday. Thus the total government contribution in their preparation for the last five years comes to Rs. 50,19,80,000 (Rs 50.2 crore).

The team, which was stuck at Sports Authority of India’s (SAI) Bengaluru centre for the entire duration of the nationwide lockdown in 2020, has mostly trained at home last year because of the Covid-19 pandemic and the resultant travel restrictions.

Besides the above mentioned funding, the team also received visa assistance for various international competitions and foreign training trips.

The services of the team’s physiotherapist is funded by the government under TOPS.