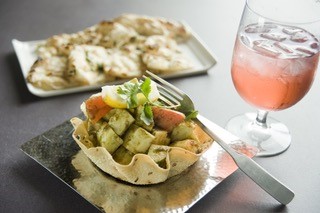 New Delhi– On the first day of the National Nutrition Week, observed every year from September 1 to 7 in India, various public health experts said the focus should be on the issue of under-nutrition, over nutrition or micro-nutrient deficiencies in children and women.

The National Nutrition Week was launched by the Ministry of Women and Child Development in 1982 with the objective to raise awareness about the importance of nutrition for the human body.

According to the Ministry of Health and Family Welfare, one in four adults and one in five school-going children are overweight in India, and nearly one-third of the diseases can be controlled with a proper diet.

According to a UN report in 2017, India has 190.7 million undernourished people and 38.4 percent of children under five in India are stunted.

“Despite beginning nutrition-oriented development programmes especially focused on children, like integrated child development services 45 years ago, India still has children suffering from undernutrition and malnutrition, stunting, wasting and other problems. On the other hand, children in well-to-do families are suffering due to heavy intake of refined foods and carbonated beverages,” said Kamal Narayan Omer, CEO, Integrated Health and Wellbeing (IHW) Council in New Delhi.

Omer said the right eating habits and eating the right kind of food can play a significant role in reducing India’s burden of non-communicable diseases in adults.

“The imbalance needs to be addressed urgently and we must work to find the right alternatives to foods that are causing this nutritional imbalance in the most vulnerable section of our society.”

Besides this, India is home to non-nutritious, non-balanced food either in the form of under nutrition, over nutrition or micro-nutrient deficiencies. Various other experts feel that the need of the hour is to encourage and provide balanced and nutritious food for everybody especially for women and the new-born.

“We need to ensure that the nutrition specific and nutrition sensitive schemes or interventions that benefit the bottom of the pyramid are formed so that the vulnerable population can have access to affirmative actions, services and entitlements. The community structures and service providers should be accountable enough for early identification and management of malnutrition within communities is vital for addressing malnutrition,” said Shuchin Bajaj, Founder and Director, Ujala Cygnus Healthcare in New Delhi.

Another doctor, Manisha Ranjan, who is a consultant in obstetrics and gynaecology at Motherhood Hospital, quoted Oxfam which estimated that after the pandemic an additional 100 million Indians are vulnerable to food distress and those particularly hard hit are women and women-headed households.

“In the patriarchal family structure that India has, children (and the girl child in particular) and women will bear the brunt of this calamity. A woman needs nutrients right from their adolescent age because they undergo a lot of hormonal imbalance as the body prepares for menstruation,” Ranjan added.

“A recent study by researchers from the Institute of Economic Growth, Delhi has estimated that spending $1 on nutritional interventions in India could generate public economic returns of $19.35 to $22.21, which is multiple times more than the global average. This indicates the huge potential we have as well as the gravity of the task since the lockdown and economic downfall due to Covid-19 is likely to push millions more to nutritional deficiency,” added Rajpal. (IANS)