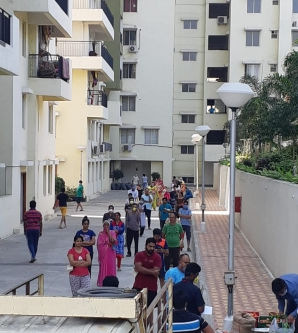 Hyderabad–Taking the concept of farmers’ produce market a step further in times of COVID-19, the Telangana government has introduced mobile farmer’s bazaars in the capital city.

On Saturday, 177 vegetable and fruit laden mini-trailers crisscrossed the streets of Hyderabad, bringing succour to the Hyderabad citizens forced to stay indoors due to the prolonged lockdown conditions in place.

The 177 mobile vegetable counters sold farmers’ produce at 331 points across the city. The officials said the vegetables are to be sold at prescribed rates.

The mobile counters will travel across the city along prescribed routes and set up shop as per a schedule which is publicised extensively.

The initiative is a combined operation between the state’s agriculture, marketing departments and the GHMC.

In his media briefing on March 24, the Chief Minister had instructed the elected representatives of the city corporation to take lead in efforts to help the people cope with the inconveniences caused by COVID-19 and the lockdown.