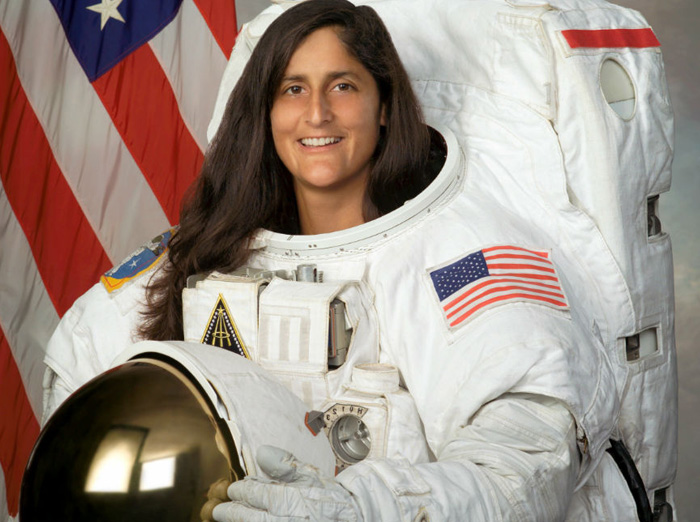 New Delhi– There is nothing that cannot be achieved if a person has the will and is determined to make decisions, NASA astronaut Sunita Williams said on Thursday.

“A person should aspire to try out new things and explore new opportunities. Confidence, perseverance, persistence and knowledge play a key role in achieving the most challenging feats,” the National Aeronautics and Space Administration astronaut, who is also a US Navy Captain, said while addressing a session on women’s empowerment here.

The event was organised by the women wing of the Federation of Indian Chambers of Commerce and Industry.

“I considered myself the girl next door, but I always grabbed the opportunities and explored them,” Williams added.

She said opportunities were aplenty and the need was to grab and explore them. It was important to be a good student as it opened doors of opportunities, the United States Navy officer of Indian-Slovenian descent said.

Williams also recounted her experience of viewing 16 sunrises and 16 sunsets in a single day during her space mission.

“I was in a spacecraft moving at tremendous speed (28,000 km per hour) around the earth. There was a time when I saw 16 sunrises in a couple of hours,” she said.

Speaking on the theme of the session ‘Science, Technology, Engineering and Mathematics(STEM)’, she said: “Studying STEM today offers a plethora of areas to learn, explore and understand.”

Reminiscing her journey, she said when she joined the US Naval Academy, there were only 10 percent women students but the number had doubled over the years.

“NASA is keen on having young and feisty females in its midst,” she remarked.

Williams also spoke about her experiences in a male-dominated field. She said she often found herself in a minority but it never deterred her or interfered with her goals.

“I knew my tasks well and was competent to take on any challenge. And every woman brings to the table team work and willingly takes care of the team as it’s her innate nature.”