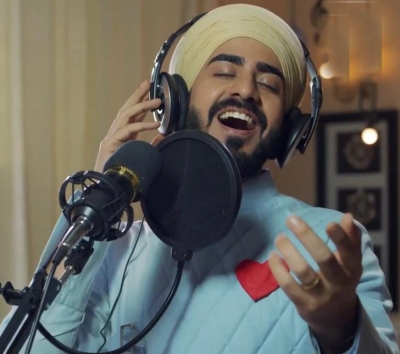 Mumbai– ‘Saath Nibhaana Saathiya 2’ fame Jatin Arora, who is currently seen on the show ‘Teri Meri Doriyaann’ expressed his excitement after getting an opportunity to show his talent for singing in the daily soap.

The actor is playing the role of Veer in the show, who is a singer and an art lover. In real life too, Jatin is fond of singing so, overall it was a great experience for him to play a similar character in the fictional drama.

He shared: “The show is getting a good response from the audiences. I am bombarded with a lot of messages and am happy to see the appreciation and praise I have received for the song. It was the requirement of my character to be a singer. I thought that the universe is just working in my favour. I got this show not only because of my acting but also because of the singing. I was really excited and happy to take up this role.”

Jatin has been part of several shows including ‘Maddam Sir’, ‘Dosti Ka Naya Maidan’, ‘Yours Cupidly’, and many more.

He added that he always wanted to pursue singing professionally and now with the show, he can fulfill his dream.