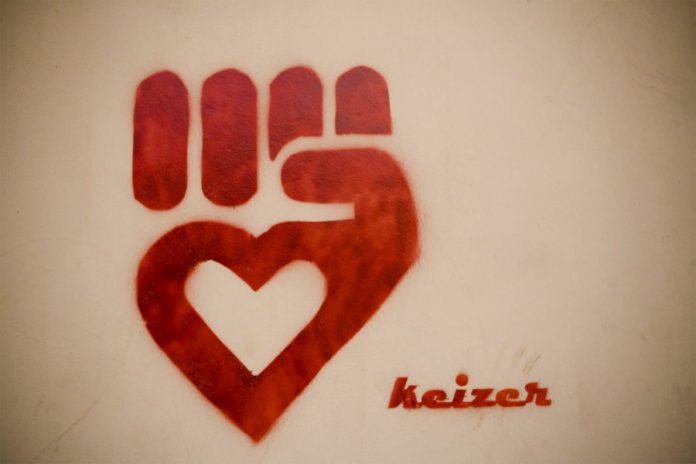 Recent research suggests that nonviolent civil resistance is far more successful in creating broad-based change than violent campaigns are, a somewhat surprising finding with a story behind it.

When Erica Chenoweth started her predoctoral fellowship at the Belfer Center for Science and International Affairs in 2006, she believed in the strategic logic of armed resistance. She had studied terrorism, civil war, and major revolutions — Russian, French, Algerian, and American — and suspected that only violent force had achieved major social and political change. But then a workshop led her to consider proving that violent resistance was more successful than the nonviolent kind. Since the question had never been addressed systematically, she and colleague Maria J. Stephan began a research project.

For the next two years, Chenoweth and Stephan collected data on all violent and nonviolent campaigns from 1900 to 2006 that resulted in the overthrow of a government or in territorial liberation. They created a data set of 323 mass actions. Chenoweth analyzed nearly 160 variables related to success criteria, participant categories, state capacity, and more. The results turned her earlier paradigm on its head — in the aggregate, nonviolent civil resistance was far more effective in producing change.

The Weatherhead Center for International Affairs (WCFIA) sat down with Chenoweth, a new faculty associate who returned to the Harvard Kennedy School this year as professor of public policy, and asked her to explain her findings and share her goals for future research. Chenoweth is also the Susan S. and Kenneth L. Wallach Professor at the Radcliffe Institute for Advanced Study.

WCFIA: In your co-authored book, “Why Civil Resistance Works: The Strategic Logic of Nonviolent Conflict,” you explain clearly why civil resistance campaigns attract more absolute numbers of people — in part it’s because there’s a much lower barrier to participation compared with picking up a weapon. Based on the cases you have studied, what are the key elements necessary for a successful nonviolent campaign?

CHENOWETH: I think it really boils down to four different things. The first is a large and diverse participation that’s sustained.

The second thing is that [the movement] needs to elicit loyalty shifts among security forces in particular, but also other elites. Security forces are important because they ultimately are the agents of repression, and their actions largely decide how violent the confrontation with — and reaction to — the nonviolent campaign is going to be in the end. But there are other security elites, economic and business elites, state media. There are lots of different pillars that support the status quo, and if they can be disrupted or coerced into noncooperation, then that’s a decisive factor.

The third thing is that the campaigns need to be able to have more than just protests; there needs to be a lot of variation in the methods they use.

The fourth thing is that when campaigns are repressed — which is basically inevitable for those calling for major changes — they don’t either descend into chaos or opt for using violence themselves. If campaigns allow their repression to throw the movement into total disarray or they use it as a pretext to militarize their campaign, then they’re essentially co-signing what the regime wants — for the resisters to play on its own playing field. And they’re probably going to get totally crushed.

WCFIA: Is there any way to resist or protest without making yourself more vulnerable?

CHENOWETH: People have done things like bang pots and pans or go on electricity strikes or something otherwise disruptive that imposes costs on the regime even while people aren’t outside. Staying inside for an extended period equates to a general strike. Even limited strikes are very effective. There were limited and general strikes in Tunisia and Egypt during their uprisings and they were critical.

WCFIA: A general strike seems like a personally costly way to protest, especially if you just stop working or stop buying things. Why are they effective?

CHENOWETH: This is why preparation is so essential. Where campaigns have used strikes or economic noncooperation successfully, they’ve often spent months preparing by stockpiling food, coming up with strike funds, or finding ways to engage in community mutual aid while the strike is underway. One good example of that comes from South Africa. The anti-apartheid movement organized a total boycott of white businesses, which meant that black community members were still going to work and getting a paycheck from white businesses but were not buying their products. Several months of that and the white business elites were in total crisis. They demanded that the apartheid government do something to alleviate the economic strain. With the rise of the reformist Frederik Willem de Klerk within the ruling party, South African leader P.W. Botha resigned. De Klerk was installed as president in 1989, leading to negotiations with the African National Congress [ANC] and then to free elections, where the ANC won overwhelmingly. The reason I bring the case up is because organizers in the black townships had to prepare for the long term by making sure that there were plenty of food and necessities internally to get people by, and that there were provisions for things like Christmas gifts and holidays.

WCFIA: How important is the overall number of participants in a nonviolent campaign?

CHENOWETH: One of the things that isn’t in our book, but that I analyzed later and presented in a TEDx Boulder talk in 2013, is that a surprisingly small proportion of the population guarantees a successful campaign: just 3.5 percent. That sounds like a really small number, but in absolute terms it’s really an impressive number of people. In the U.S., it would be around 11.5 million people today. Could you imagine if 11.5 million people — that’s about three times the size of the 2017 Women’s March — were doing something like mass noncooperation in a sustained way for nine to 18 months? Things would be totally different in this country.

WCFIA: Is there anything about our current time that dictates the need for a change in tactics?

CHENOWETH: Mobilizing without a long-term strategy or plan seems to be happening a lot right now, and that’s not what’s worked in the past. However, there’s nothing about the age we’re in that undermines the basic principles of success. I don’t think that the factors that influence success or failure are fundamentally different. Part of the reason I say that is because they’re basically the same things we observed when Gandhi was organizing in India as we do today. There are just some characteristics of our age that complicate things a bit.

WCFIA: You make the surprising claim that even when they fail, civil resistance campaigns often lead to longer-term reforms than violent campaigns do. How does that work?

One of the best examples of this is the Kefaya movement in the early 2000s in Egypt. Although it failed in the short term, the experiences of different activists during that movement surely informed the ability to effectively organize during the 2011 uprisings in Egypt. Another example is the 2007 Saffron Revolution in Myanmar, which was brutally suppressed at the time but which ultimately led to voluntary democratic reforms by the government by 2012. Of course, this doesn’t mean that nonviolent campaigns always lead to democracies — or even that democracy is a cure-all for political strife. As we know, in Myanmar, relative democratization in the country’s institutions has been accompanied by extreme violence against the Rohingya community there. But it’s important to note that such cases are the exceptions rather than the norm. And democratization processes tend to be much bumpier when they occur after large-scale armed conflict instead of civil resistance campaigns, as was the case in Myanmar.

WCFIA: What are your current projects?

CHENOWETH: I’m still collecting data on nonviolent campaigns around the world. And I’m also collecting data on the nonviolent actions that are happening every day in the United States through a project called the Crowd Counting Consortium, with Jeremy Pressman of the University of Connecticut. It began in 2017, when Jeremy and I were collecting data during the Women’s March. Someone tweeted a link to our spreadsheet, and then we got tons of emails overnight from people writing in to say, “Oh, your number in Portland is too low; our protest hasn’t made the newspapers yet, but we had this many people.” There were the most incredible appeals. There was a nursing home in Encinitas, Calif., where 50 octogenarians organized an indoor women’s march with their granddaughters. Their local news had shot a video of them and they asked to be counted, and we put them in the sheet. People are very active and it’s not part of the broader public discourse about where we are as a country. I think it’s important to tell that story.

This originally appeared on the Weatherhead Center website. It is the first of a two-part series.

The artwork, “Love and Revolution,”  revolutionary graffiti at Saleh Selim Street on the island of Zamalek, Cairo, was photographed by Hossam el-Hamalawy on Oct. 23, 2011.