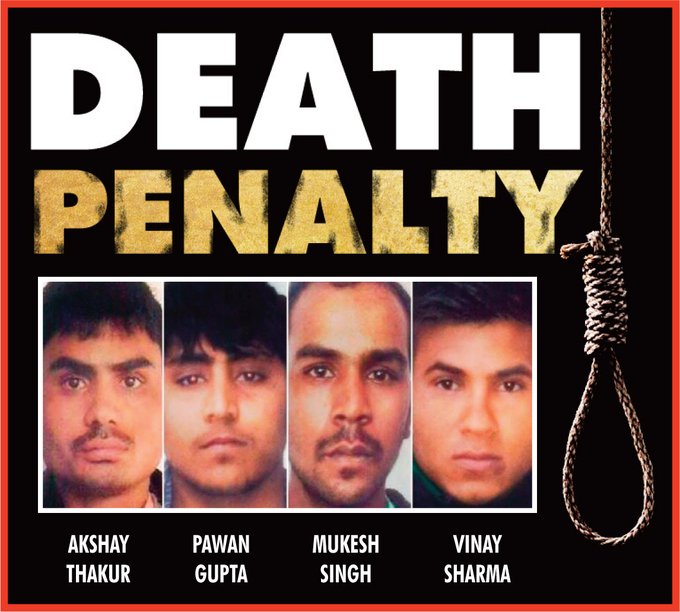 New Delhi–A Delhi court on Thursday observed that there is no “plausible reason” to suspend the execution of death sentence of the Nirbhaya rape case convicts and dismissed their application seeking a stay on their hanging.

The four convicts — Vinay, Mukesh, Akshay, and Pawan — will now be hanged by the noose on Friday, March 20 at 5:30 a.m. for brutally raping and murdering a 23-year-old physiotherapy student, later dubbed as ‘Nirbhaya’, on December 16, 2012.

The death-row convicts, represented by advocate A.P. Singh, had knocked on the doors of the trial court two days before the hanging seeking a stay on their hanging on the grounds of pending legal remedies.

“I do not find any plausible reasons to suspend the execution of death sentence simply because convict Pawan has opted not to exercise his legal remedy,” Additional Sessions Judge Dharmendra Rana stated.

The judge said that the application is bereft of merit and junked it for having no valid grounds to justify the stay.

After the order was pronounced, the wife of one of the death-row convicts, Akshay Singh, broke down in the courtroom.

“How will I live now? Please hang me too,” Akshay’s wife told the judge.

With this, the moment for which the entire country was waiting with bated breath will happen on Friday and justice will finally be imparted to the victim ‘Nirbhaya’, also dubbed as “India’s daughter”.