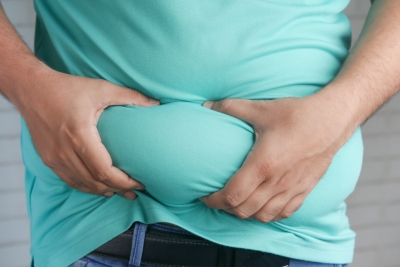 London– A weekly intake of a drug, approved to treat Type 2 diabetes, can provide substantial and sustained reductions in body weight, according to a study.

The experimental drug, called tirzepatide, developed by US pharma major Eli Lilly has also been hailed as an alternative to bariatric surgery.

In May, the US Food and Drug Administration approved tirzepatide, under the trade name Mounjaro, for the treatment of Type 2 diabetes. Currently, Tirzepatide is not available for weight loss, but Eli Lilly is aiming to get an updated timeline from the FDA this year.

“The combination of the two hormones go and tell the brain that your stomach is full or you have enough reserves and you don’t need to eat more. So that restricts your appetite that makes you burn more calories which are residing in your body unutilised helping you lose weight,” he added.

In the study, published in the New England Journal of Medicine, an international team, including from Yale University, randomly split 2,539 overweight or obese participants into four equal groups.

One group was offered a self-administered placebo injection once a week for 72 weeks, while the other three groups were offered either 5 mg, 10 mg or 15 mg of tirzepatide. They were also recommended 150 minutes of exercise a week.

Those who took the highest of three doses lost as much as 21 per cent of their body weight compared to those who took placebo.

One disadvantage of people who undergo bariatric surgery is that they tend to regain weight. But here with the drug, one can tweak the hormones, which are taking the signals from the intracellular tract to tell the brain that you are hungry, Arora said.

Importantly, this “type of therapy does not interfere with the normal structure of the body” unlike endoscopic surgery or bariatric surgery, where the size of the stomach is decreased, he noted.

Weight loss of 15 per cent to more than 20 per cent also has the potential to change the way doctors treat diabetes.

A previous study of tirzepatide in diabetes showed that half the participants who were early in the course of their diabetes went into remission while taking the drug.

“That is a potential game changer in how we think about therapy for people with Type 2 diabetes,” Dr. Robert Gabbay, chief scientific and medical officer for the American Diabetes Association, was quoted as saying to USA Today.

However, what’s not known, Gabbay said, is whether remission achieved this way will reduce the typical complications of diabetes, which can include cardiovascular disease, nerve and kidney damage and limb amputations. (IANS)