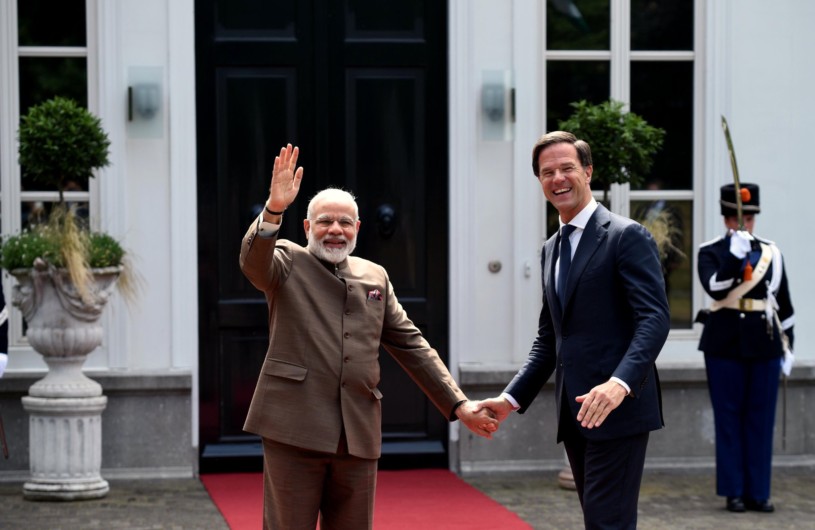 The Hague–Prime Minister Narendra Modi on Tuesday made a strong pitch for women’s empowerment, saying he is working for a women-led development of India.

“There is a government sitting in the Centre that is thinking about women-led development,” Modi said while addressing a gathering of 3,000-strong diaspora here.

Implying that it was paying dividends, he said that when the Pradhan Mantri Jan-Dhan Yojana was launched aiming at people who did not have bank accounts, most of those who availed of it were women.

“We created Mudra Yojana to promote entrepreneurship and turn job-seekers into job-creators,” Modi said. “Around seven crore people have taken advantage of it and 70 per cent of them are women.”

Stating that Parliament took a decision to extend maternity leave of working women to 26 weeks, he said: “It is an investment meant for the benefit of our future generations.”

He said that when then US President Barack Obama came to attend the 2015 Republic Day parade in New Delhi as the chief guest, each of the three services giving the guard of honour was commanded by a woman. 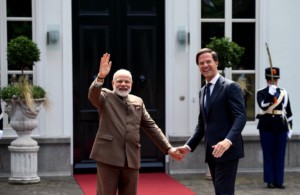 He said that women were starting to play a major role in India’s security and mentioned that Indian women were now flying fighter aircraft.

Referring to the launch of 104 satellites in one go, firing of the world’s heaviest launch vehicle and GSLV MkIII-D1 earlier this month and the simultaneous launch of 30 nano-satellites last week, the Prime Minister said that three of the most prominent scientists working behind these projects were women.

He said that more and more women were handling the education and health sectors in India and added that Olympic medals were being won by the country’s daughters.

In this regard, he said that India was targeting 175 GW of renewable energy to meet its energy needs.

“Solar energy, wind energy, biomass energy — it is these that will meet our energy needs,” he stated.

Modi also said that the target of providing electricity to 18,000 villages within 1,000 days was set to be met soon.

“Under the Digital India mission, we are laying optical fibre network, so that those living in our villages can use mobile phones.”

Modi urged the Indian diaspora across the world to maintain their connections with their motherland.

The Netherlands is home to around 220,000 people of Indian origin, many of whom are Surinami Hindustanis, descendants of Indians taken there in the 18th century to work as indentured labourers in sugarcane plantations in Suriname.

He appreciated the Surinami Hindustanis for maintaining their Indian culture and traditions even after 150 years of their ancestors leaving the shores of India.

“However heavy or big an iron ball is, it will roll away if one or two people will give it a strong push. But a tree with strong roots cannot be moved,” said the Prime Minister.