While unveiling the Home Ministry’s 82-point reform plan, he told the media: “We need to change the present guidelines on use of drones and it was now essential to use drones at Nepal-India border for patrolling.” 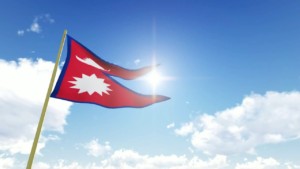 He said India has deployed border security posts at every kilometre but “we have hardly stationed one in every 25 km. Hence, we will use drones to address the challenges we are facing at the border”.

Nepal and India share an about 18,000 km joint border which is open and can be crossed without a visa.

While people living in the bordering areas can cross it without any valid documents, travellers need to provide a valid ID card.

Thapa only named India in his speech even though Nepal shares a significant length of border with China.

Vowing more stringent vigilance at the borders, he said a new immigration policy will be introduced and movement of foreigners monitored.

Thapa also announced setting up 10 more border outposts along India and China borders but did not share details about the number of each.

Nepal is facing several threats at the border, including human trafficking and smuggling, while India has been raising similar complaints with Nepal. (IANS)