Kathmandu– Nearly 100 participants from different countries took part in a peace marathon at Lumbini, the birth place of Gautam Buddha, on Thursday.

Participants from Nepal as well as China, India, New Zealand, the US, Germany, South Korea and Sweden, among others, participated in the the fourth Lumbini Peace Marathon. 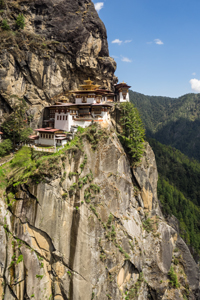 It’s first of its kind spiritual marathon, which took place at 150 metres above the sea level, one of the lowest altitude marathon events in the world, Xinhua news agency reported.

The annual marathon was held on the occasion of Holi to commemorate the day Siddhartha Gautam’s return to his homeland as an enlightened Buddha.

“The major objective of the marathon is to promote Lumbini-Kapilvastu region at national and international level by connecting spirituality with sports,” said Bikram Pandey, Chairman of Lumbini Peace Marathon.

He further said that the event will help in promoting tourism, the backbone of country’s economy, and will contribute to overall development.

The spiritual marathon began from Kudan — the place where Buddha is believed to have met his parents for the first time after his enlightenment.

The trail passed through Buddhist heritage sites like Tilaurakot Palace, Niglihawa, Banganga River and concluded at the Lumbini Sacred Garden.

Seven Chinese nationals participated in the marathon. “It has been a fantastic experience to run in this holy land. It has boosted my spirituality,” said 52-year-old Chinese national Huang Yan.

The event also marked the completion of Great Buddhist Trail, that started from Swoyambhunath in Kathmandu and concluded in Lumbini.(IANS)