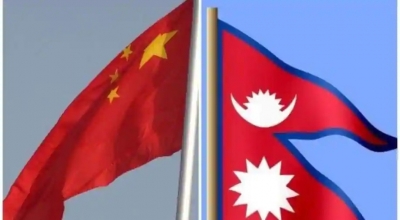 Kathmandu– In a surprise move, the Nepal government has formed a team to probe the boundary dispute with China.

There were reports that China has encroached some lands in Humla district of Nepal which was earlier dismissed by the former KP Sharma Oli government.

Now the government formed the five-member team on Wednesday headed by the Joint Secretary at the Ministry of Home Affairs to study the border dispute with China that will give the exact picture of situation in its northern region.

Senior officials from different government agencies and boundary experts will be the members of the team that will visit the disputed area and report back to the government, Minister for Law and Parliamentary Affairs Gyanendra Bahadur Karki said.

Humla shares the long border with Tibet. Indian nationals who visit Mansarovar have to go via Humla district.

Shai, who was the elected member of the provincial assembly, raised the voice first about Chinese land encroachment.

But the Ministry of Foreign Affairs totally brushed off the allegations saying the Nepal and China do not have any boundary dispute and both sides are in close communication in this respect.

The boundary between Nepal and China was delineated and demarcated based on the Boundary Treaty and Boundary Protocols signed between the two countries, the Foreign Ministry said in a statement in September last year.

It added that Nepal and China have always maintained close communication on border matters.

Shai visited the remote area of Humla district along with the Nepal-China border and made his findings public in August last year.

With the installation of pillar No. 12 inside the Nepali territory, a large chunk of Nepali land has slipped into the Chinese territory, Shai wrote in his report.

Refuting his report, the Foreign Ministry stated that the Department of Survey has verified and confirmed that the said buildings are not located within the Nepali territory.

While the issue was dismissed from the government side, Shai however submitted his field study report to the Nepali Congress and called for through investigations.

But the Oli government didn’t heed the calls made by the Nepali Congress.

After the formation of the Sher Shah Deuba government in Kathmandu, some senior Nepali Congress leaders including its Vice President Bimalendra Nidhi had demanded to form such a committee in order to carry out the reportedly border encroachment by the Chinese side.

Nidhi was of the view of Nepal should be sensitive about its boundary issues both with India and China and must seek a solution through bilateral talks.

After the report was made public, the Chinese embassy in Kathmandu had written to the Nepali Congress, protesting the charges that China had encroached upon the Nepali territory.

An internal report prepared by the Home Ministry also found that there were some disputes in border areas in Humla.

The report, however, was never made public.(IANS)