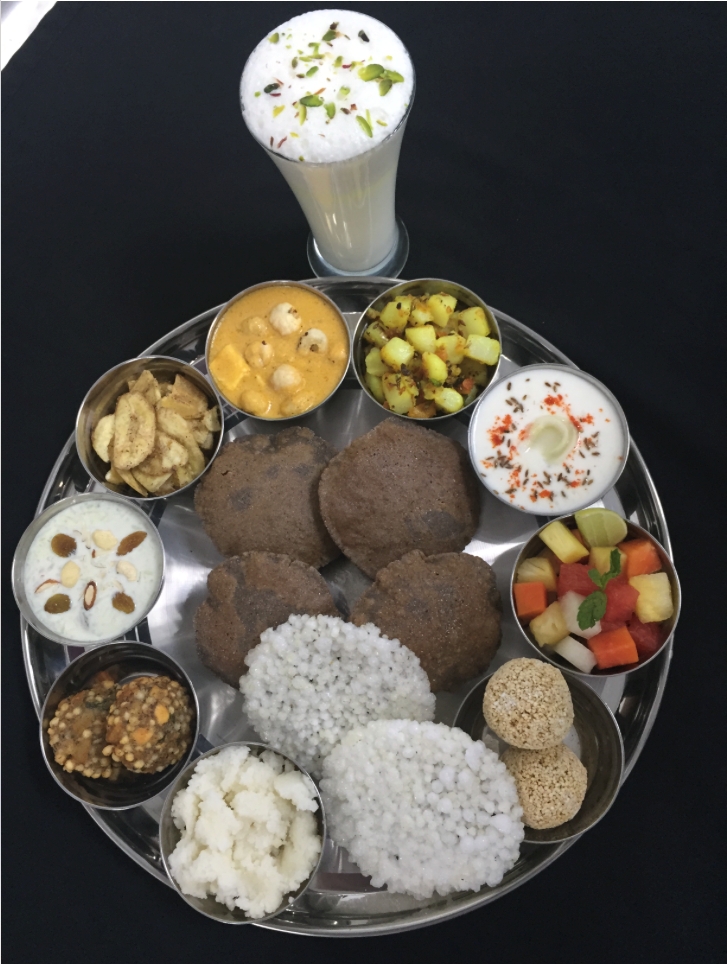 New Delhi — When it comes to “fasting” during the Navratras, people usually opt for puris, pakoras and sweets, but keeping in mind the health-conscious generation, restaurants in different Indian cities have experimented with innovative and alternative low-calorie dishes to cater to the tastes of the new age devout.

Ashish Ugal, Executive Sous Chef of the capital’s The Taj Mahal Hotel, points out that over the past few seasons, there has been a shift from traditional recipes served during Navratra to more innovative dishes.

“In fact, we have tried to incorporate these elements in our menu and present dishes such as ‘hare mattar adrak ki chaat’ and ‘plantain koftas’ which give patrons the chance to follow the nine-day fast and yet at the same time indulge in a range of sumptuous delicacies, all of which are made using saatvik ingredients.

“Also there is gradual shift to healthier, low-calorie alternatives from traditional Navratra food such as puris, pakoras and mithai. People are now increasingly consuming soups, uttapams and idlis during the Navratra,” Ugal told IANS.

Navratra is celebrated twice in a year — once in the month of Chaitra (mostly falling in March end or April) and in the season of Sharad (in October or November). It is an auspicious festival in the Hindu calendar where some opt for fasting during the entire period, while some on the first and last days.

Sanjay B. Dasari, Executive Chef at Hotel The Ashok here, has come up with a special Navratra thali this season. He feels the new generation is more open to experimentation with food during this time unlike the old generation.

“The new generation of Indians though are more open to try out new Navratra specials introduced by many fast food outlets, most of the elder generation still prefer to stick to traditional sama ke chawal, arbi or sitaphal ki sabzi, kuttu ki puri and sabudana tikkis. But as a whole in this era, eating out has become more common, particularly during this festive season,” Dasari told IANS.

It’s not just in Delhi where people are opting for low calorie and innovative fasting dishes. There are eateries in Pune too catering to such tastes.

“Navratra typically calls for a fasting special menu as more and more people are opening up to the idea of eating out during fasts. The market is still quite niche and largely untapped.

“Also, there is an increase in innovation for fasting foods as people are eager to try various different renderings of our traditional fasting food. Our menu has been designed with an aim of making fasting as enjoyable as possible and at the same time ensuring that it fulfils the body’s requirement of nutrients,” Vivek Kumar, Executive Chef of Oxford Golf Resort in Pune, told IANS.

So how is the turnout of people when it comes to eating out during Navratras?

Parvesh Singh, owner of A Grill Company, a grill and molecular food outlet that has branches in Delhi, Jaipur, Mumbai and Ludhiana and has recently launched its first outlet in Noida, says there is a visible drop in business up to 50 percent during the Navratra season.

“People avoid eating out and they usually prefer eating at pure vegetarian places. They usually come when they are in a family group with just one or two people fasting,” Singh told IANS.

Chef Gurpreet Singh of Punjab Grill said: “Indians are gradually opening up when it comes to eating out during the fasting period. However, they will only visit the restaurants where they feel assured about the purity, hygiene and quality of satvik food prepared.

“Many times guests ensure that we are using separate utensils to cook their food and that no non-vegetarian food is being cooked in the kitchen.”

The prices of Navratra thali at different restaurants and food joints starts from Rs 300 and can go up to Rs 1,800 excluding taxes — depending on where you go.

4 delicious ways you can include makhana in your diet