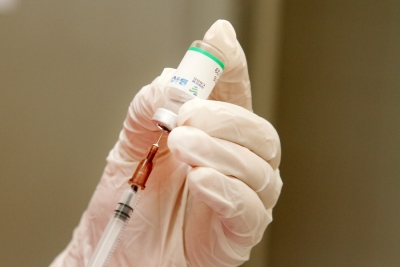 Doha– People with prior-variant infection were moderately protected from Omicron even after a year, but vaccine-induced immunity against new infection appeared to wane rapidly, finds a study.

The findings are in line with studies on Omicron-specific booster studies by Pfizer or Moderna, which although provide good protection but remain temporarily effective against infection by the Omicron variant.

The new study, led by researchers at Weill Cornell Medicine-Qatar, was conducted on more than 100,000 Omicron-infected and non-infected individuals.

The results, published in the New England Journal of Medicine, showed that people who took two-dose vaccination of either the Pfizer or Moderna mRNA vaccine, but had no history of prior infection, had no significant protection against Omicron.

However, having a booster dose appeared to be about 60 per cent protective, though most boosters were received just weeks before the Omicron wave.

For those with no history of vaccination, SARS-CoV-2 infection during a prior-variant wave appeared to provide about 50 per cent protection against symptomatic infection during the Omicron wave, and this “natural immunity” was associated with almost the same degree of protection even a year after infection.

But the combination of prior, full vaccination and prior infection was maximally protective: Individuals with prior infection and three doses of either mRNA vaccine were, overall, nearly 80 per cent protected from symptomatic infection during the Omicron wave, the researchers said.

“These findings demonstrate the benefits of vaccinating those with prior infection for optimal protection against the Omicron variant,” said Dr. Laith Abu-Raddad, Professor of population health sciences at Weill Cornell Medicine-Qatar.