CAMBRIDGE, MA— Mystic Sadhguru Jaggi Vasudev talked about the four states of consciousness with two scientists at the Harvard University on Monday and said the term ‘consciousness’ in the English language does not truly reflect the whole meaning of the term.

He said wakefulness is just a state of body and mind. “But that is not consciousness,” said Sadhguru, who had a conversation with two scientists in front of a packed audience at the Sanders Theater at Harvard University in Cambridge. 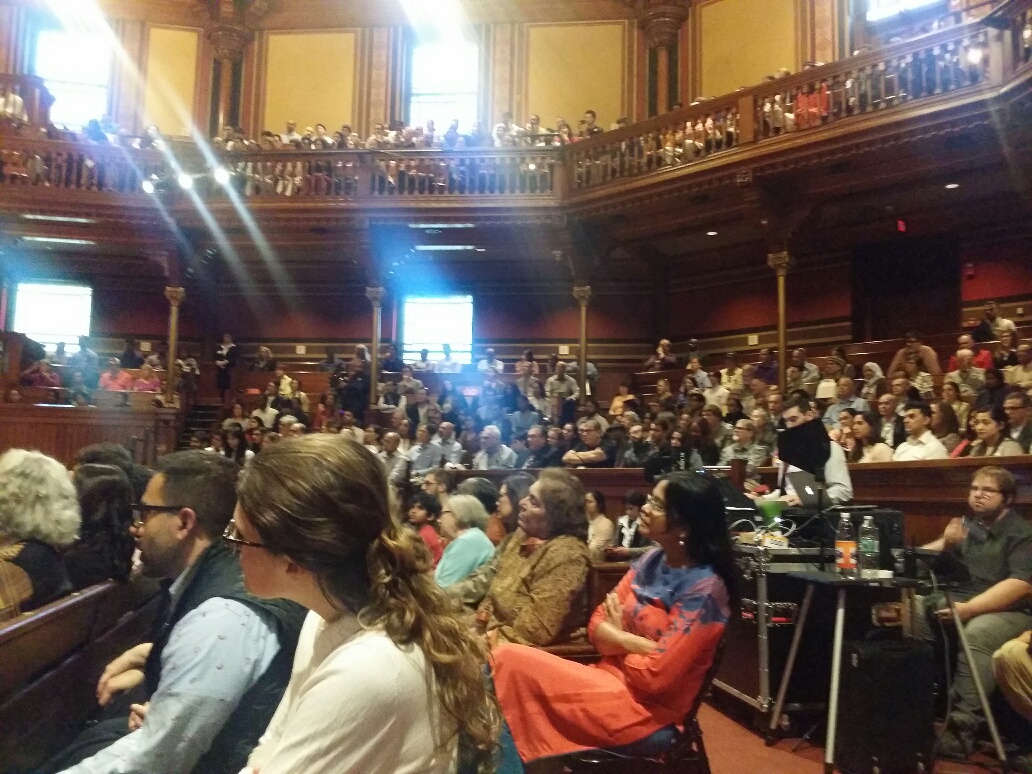 The session was moderated by Bala Subramaniam MD, MPH, Associate Professor of Anesthesia at Harvard Medical School, and Director for the Center for Anesthesia Research Excellence at Beth Israel Deaconess Medical Center.

Sadhguru said it is not only the brain, but every cell of the body contains memory.

“Cell remembers even the skin tone of your forefathers,” said Sadhguru. “What is being conducted in each cell is more complex than what is happening in the brain.”

He said that everything that is data-based, machines can do a better job than the human brain.

“This is the time to explore intelligence beyond intelligence,” said Sadhguru. “Being wakeful and being conscious are two different things.”

He said the turiya is the true state of consciousness because there is no memory.

Sadhguru was referring to the concept of four states of consciousness as described in the Mandukya Upanishad: wakeful, dream, deep sleep and turiya or the where one become the Self or merges with Self, causing the oneness of Self.

He said everyone and everything, including stones, are conscious but the question is of the degree. When memory banishes, there is no ‘my’ and no ‘yours’. There is nothing, he added.

Sadhguru also talked about the four main dimensions of the mind: buddhi, or intellect;  ahamkara, or ego; manas, or memories; and chitta, or consciousness where there is no memory.

He said people are suffering only in their memories and imagination.

Sadhguru, a Yogi Mystic and visionary, is founder of Isha Foundation, a non-profit organization which offers yoga programs around the world and is involved in social outreach, education and environmental initiatives.