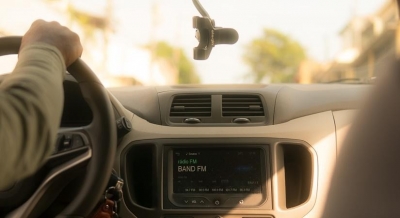 New Delhi– Over the last year, objects including phones, speakers/headphones, wallets and bags are on the list of items left in cabs across India. Utility items such as groceries, thermos/water bottles and phone chargers come next on the list. Besides leaving the usual behind, Indians also forget unique things such as Ghewar (an Indian sweet dish), flutes, Aadhaar cards, Dumbbells, cricket bats, and spike guards, and college certificates!

Uber released its 2022 edition of the Lost and Found Index, which is a snapshot of the most frequently forgotten items, the most forgetful cities, as well as the days of the week and times of the year when riders tend to be most forgetful.

It’s no surprise then that fast-paced Mumbai bagged the top spot as the most forgetful city in the country for the second time in a row, while Delhi NCR and Lucknow were not far behind.

Backed by rider insights and gigabytes of data, the Lost and Found Index aims to educate riders in a fun yet informative manner about Uber’s in-app options available to them at the tap of a button, in case they lose or forget something during their trip.

Nitish Bhushan, Director, Central Operations, said, “We get that losing an item can be stressful, but when you Uber, you always have the option to trace so that you can attempt retrieving your belongings. This annual survey is a fun and informative way of reminding our riders how easy it is to raise a retrieval request for a lost item in-app.”

So what are the top 10 most commonly forgotten items?

The Phone/camera, Laptop, Backpack, Wallet, Speaker, Clothing, Groceries CashWater Bottle & Headphones. While the four cities where riders forget the most are Mumbai, Delhi NCR, Lucknow and Kolkata in that order. And the financial year ending seems to take a toll on everyone as the top five most forgetful days in the year all fall in the end of March and lazy afternoons is when one is most likely to forget items as per the Uber Lost and Found Index India 2022. (IANS)