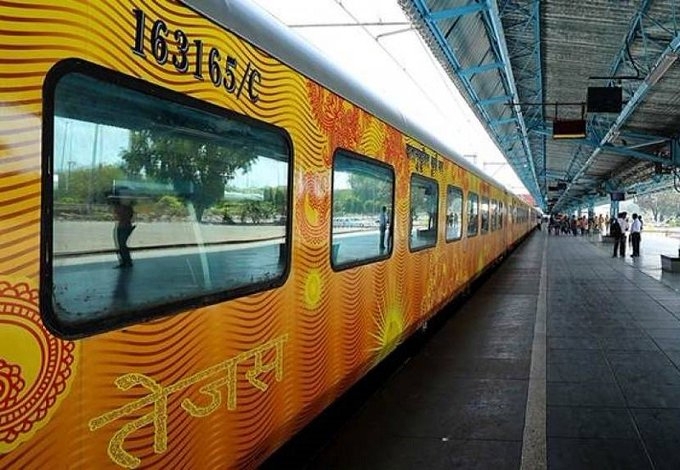 Mumbai–The second Tejas Express train to be operated by the Indian Railway Catering and Tourism Corporation (IRCTC) will start running between Mumbai-Ahmedabad from January 19, 2020.

The Western Railway on Friday said that it shall introduce the all new air-conditioned Tejas Express train with modern facilities and features between Ahmedabad and Mumbai Central from January 19 after its inaugural run on January 17.

The Western Railway said that the Tejas Express will run six days a week, except Thursday.

As per the schedule, the train will leave Ahmedabad at 6.40 a.m. and reach Mumbai Central railway station at 1.10 p.m., covering the entire distance of 533 km in 6 hours and 30 minutes.

It would only have six halts — Nadiad, Vadodara, Bharuch, Surat, Vapi and Borivali stations.

On its return journey, the train would leave Mumbai Central at 3.40 p.m. and reach Ahmedabad at 9.55 p.m.

In October, the IRCTC started the first Tejas Express train between Lucknow and New Delhi. The train was flagged off by Uttar Pradesh Chief Minister Yogi Adityanath.

The IRCTC had also extended the facilities of taxi hiring, and hotel bookings to those passengers who need it.

Meals will be served by on-board service staff in Ahmedabad-Mumbai Central Tejas Express. Tea and coffee vending machines will be available in the train. Water will be provided on demand through RO machines for passengers.

IRCTC is also contemplating on the sale of merchandise goods on board to its passengers on these trains. (IANS)