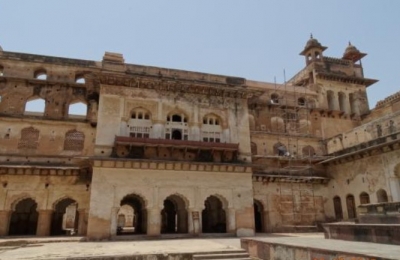 New Delhi– The Madhya Pradesh government has joined hands with UNESCO for heritage-based sustainable urban development of its Gwalior and Orchha cities.

The UNESCO is collaborating with the state Tourism Department on its 2011 recommendation on the historic urban landscape as an approach to guide heritage-based sustainable urban development in the two historic cities.

Launching the partnership, Madhya Pradesh Chief Minister, Shivraj Singh Chouhan said: “I thank the Government of India and UNESCO for their assistance and partnership, through which the we are preserving and enhancing our cultural heritage with complete determination.

“Madhya Pradesh since long has maintained a lot of potential for religious tourism. Now with this decisive partnership with UNESCO, historical, cultural and religious tourism will become even more prevalent.”

State Tourism, and Culture Minister Usha Thakur said that this project will take the two cities of Gwalior and Orchha to the heights of development, from a cultural and spiritual perspective, while also protecting the natural heritage.

“In this important partnership, we will fulfill our role for the planning and development of these two historical cities,” she said.

The UNESCO Historic Urban Landscape approach is a holistic means of integrating goals of urban heritage conservation with those of social and economic development. Gwalior and Orchha, as historical cities with a thriving culture and unique development needs, make excellent cases for this pilot project. (IANS)