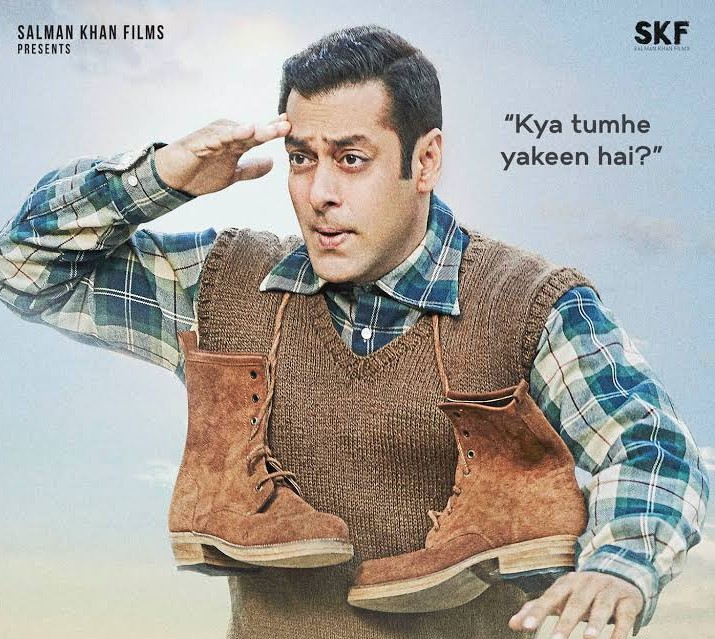 Salman Khan had once said, “Cinema should always be in touch with the soil of the country. My films celebrate the heartland of India.” And probably with “Tubelight”, he tries to be true to his words. So, he has dedicated the film to the families and friends of soldiers who are left behind to fight their own battles.

The film is an adaptation of the 2015 released American war film “Little Boy”. 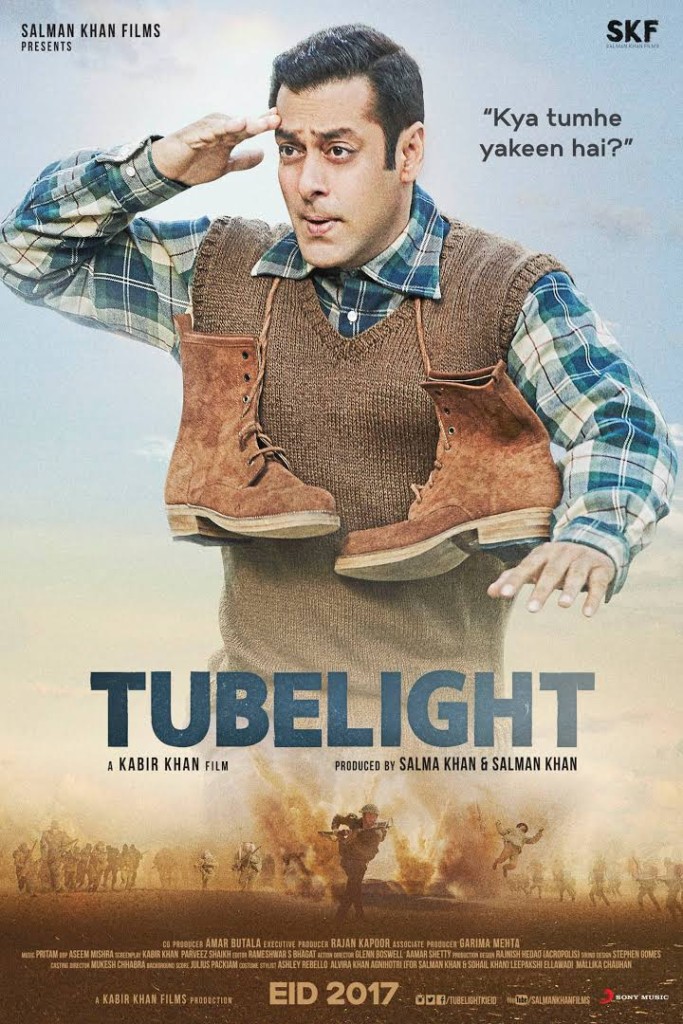 Set in Jagatpur in Kumaon district and in the backdrop of the 1962 India and China War, the film is the tale of a dim-witted boy Laxman whose brother, the only surviving member of his family, joins the Indian Army. How he survives during the interim period without his brother, forms the crux of the tale.

Visually, the film is enthralling. The wide angle lens used by Director of Photography Aseem Mishra aesthetically capture the stunning locales to perfection. The music and background score further enhance the viewing experience.

But it is the wafer-thin premise, packed with motivational messages and a tinge of patriotic notes that make the plot seem forced. The script meanders with scenes that lack gravitas. A case in point is the scene when Narayan, one of the village bullies, throws Laxman who is walking along with his new friend Guo into a stream. And, when Laxman picks up a rock in defence and asks Guo to run, the assailants just whimper off, and the scene ends abruptly.

In “Tubelight”, Salman Khan does not play the dynamic hero that he used to portray with gusto. As Laxman, he fails to exude energy onscreen and hence, disappoints his fans. His mannerisms and body language are strongly reminiscent of Hrithik Roshan’s in “Koi… Mil Gaya”. His character is endearing but his physical demeanour is not. Initially jarring, but by the last act you are one with the character and the actor. Salman definitely grows on you.

Sohail Khan as his younger brother Bharat, has nothing much to offer, except being an emotional anchor for his elder brother, and he performs his part rather perfunctorily.

The only person who steals the show in the film is Matin Rey Tangu as the young Guo, who Laxman befriends. He is charming with his oriental looks and impish demeanour. The Chinese actress Zhu Zhu plays his mother Liling with flair.

Shah Rukh Khan in a cameo with his tattooed visage and ears studded with earrings, as a magician is dead pan and flat. He does not help to uplift the narrative or add emotionally to the film.

Om Puri as Banne Chacha – the guardian of an ashram, Isha Talwar as his daughter Maya, Mohammed Zeeshan Ayub as Narayan with his “knock knees and Yashpal Sharma as Major Tokras — all brilliant actors have their moments of onscreen glory.

Overall, “Tubelight” has the tempered magic of cinema but it fails to ignite the emotional quotient. (IANS)