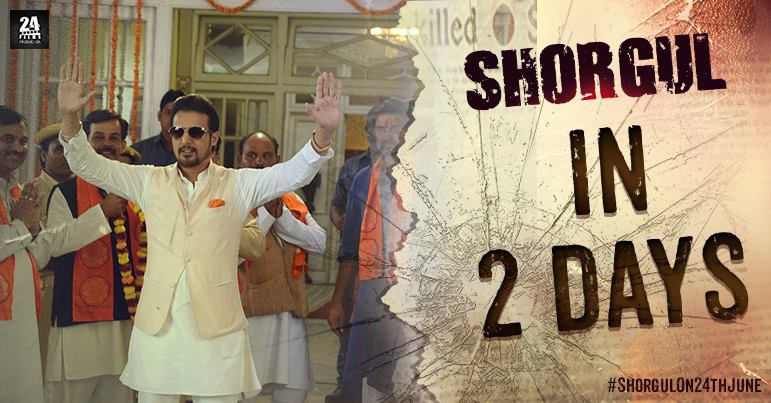 Steeped in controversy, even before its release, “Shorgul” is a film which arouses curiosity. Equally intriguing is the opening sequence, but that’s where it all ends. The film gradually degenerates into a medley of politicians with an agenda, communal strife, intolerance, a tragic love story along with some songs. And that too amidst a lot of confusion and noise, befitting its title. 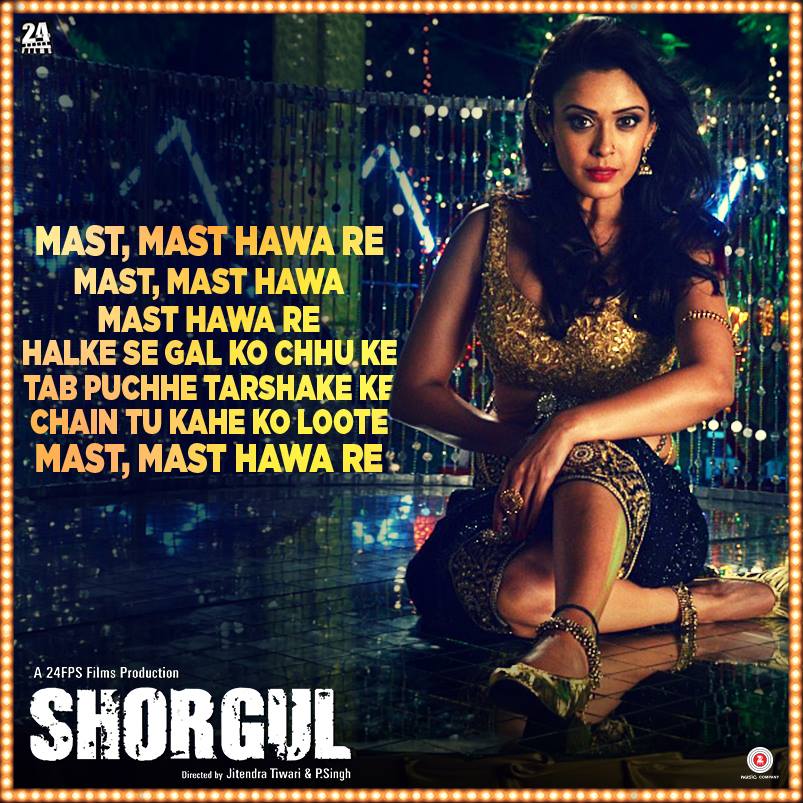 Set in Malliyabad, Central UP, the narration takes its time to establish a love triangle with Saleem (Hiten Tejwani), Zainab (Suha Gezen) and Raghu (Anirudh Dave), which serves as the backdrop for the power-hungry politicians to fuel a riot and give vent to their personal avarice.

Ranjit Om (Jimmy Sheirgill) addressed as “Bhaiyyaji”, is a right-wing politician. He is an opportunist, eyeing the MLA’s coveted seat, inciting hatred with his speeches and on the other end of the spectrum is the Maulana along with Alam Khan (Narendra Jha) a minister, who equally spews hatred and intolerance.

Chaudhry (Ashustosh Rana) is a well-respected veteran who is Ranjit Om’s uncle and Raghu’s father and there is the state Chief Minister, Mithilesh (Sanjay Suri).

The setting in UP is meant to be reel, but is as real as it can get. With character names changed, the messages and references, intended are loud and clear.

Few sub-plots which run parallel in the film, add to the confusion and not one of them is well-handled and allowed to develop completely. A lot of hard-hitting issues, which are touched upon, are left unresolved. Melodrama, over-acting, fiery speeches, riots and political vendetta, submerge, everything else in the film.

With a strong screenplay and astute direction, the film is a perfect example of good intention of bad direction by the duo, causing the film to go awry. Confusion reigns supreme somewhere, as the film progresses in time, but goes nowhere as a narrative. Violence, incitement and vengeance takes precedent over everything else.

Reputed actors like Ashutosh Rana, Jimmy Sheirgill and Narendra Jha, essay their roles with sincerity and conviction, but fail to salvage the film. Debutante Suha Gezen is over dramatic and a miscast, in a role which offers tremendous scope to perform. Hiten Tejwani and Anirudh Dave are earnest as the lovers in the love triangle and Anirudh’s plight, tugs at your heart strings.

The songs are situational, dwelling upon on the emotions of the moment and add nothing to the narrative.

The riot scenes are generic, lengthy and chaotic making the entire experience tedious and boring.

Considering the subject had tremendous potential if well-handled, “Shorgul” makes noise, which all hear, but no one listens to. (IANS)