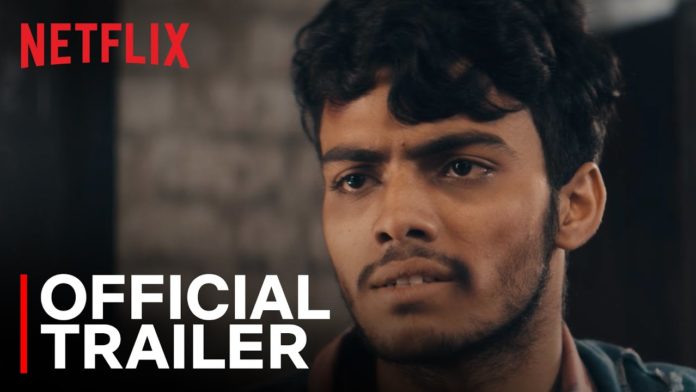 It takes a Google search to put a finger on Jamtara. It is a sleepy district tucked away somewhere in northeast Jharkhand, barely over 1,800 square kilometers in expanse. In 2006 the government listed Jamtara as one of India’s 250 most backward districts.

Here’s the quirk, then: Jamtara town, which forms the hub of such a backward domain, is widely nicknamed India’s phishing capital. Over 50 per cent of phishing scams happening in the country are executed from this remote backyard of nothingness.

Soumendra Padhi’s web series tries delving into the reality that drives such an irony, with focus on creating drama and suspense. Simply put, phishing is a crime that requires very little investment — a dispensable cellphone and a sim card. The caller, posing as a bank official, must also have the adroit conversational skill to dig out identity details pertaining to the victim’s bank account or debit card. Often, educated people fall for such a hoax.

The story (Trishant Srivastava and Nishank Verma) straightaway delves into portraying the milieu that lets such criminal activity thrive. In the underdeveloped back of nowhere that is Jamtara, there is no cyber police infrastructure. Even if a cop does arrest scamsters engaged in phishing, the district judge tersely throws out the case saying such things should be referred to the cyber cell.

The police on their part carry out arrests for the sake of formality because they have to show some action has been taken, after a stray news report appears in a big city daily about phishing scams in remote Jharkhand. Into this volatile mix is thrown a greenhorn superintendent of police (Dolly Sahu), as the 10-episode tale begins.

The narrative is direct in addressing what must be the biggest menace staring at grassroots India right now — unemployment among the youth, which sees them go astray and be led into a murky world where thrives a heady nexus of politics, criminals, police and the legal system.

It is a world where nothing has changed over the decades. In grassroots India, where legitimate ways to make money, fame and respect are fast shrinking, the local don/politician Brajesh bhaiya (Amit Sial) becomes youth icon and role model. The story depicts how the young perpetrators are readily willing to be controlled by people like Brajesh.

In a sense, “Jamtara” falls into a familiar pattern. It is merely narrating the story of yet another crime that operates by wooing the unemployed hoards with the baits of easy money societal clout in the hotbed of chaos that is the hinterland. Only, in this case the crime is a new-age activity.

For the sake of conventional formula, there are the mandatory subplots of romance, rivalries (often spelling gritty violence) and deceit. It has become mandatory for OTT shows with a grassroots backdrop to go strong on cuss lingo, “Jamtara” is no exception.

The screenplay manages to hold attention in most parts, though overall the series comes across as a somewhat half-baked exercise. The makers have elicited some fine performances from the largely greenhorn cast. Sparsh Srivastav and Anshuman Pushkar, who spearhead the young cast, are impressive. Seasoned players Amit Sial and Dibyendu Bhattacharya (as a local cop caught in an emotional conflict) authentically portray familiar roles.

Director Soumendra Padhi’s success primarily lies in his focussing on a shift that is unwittingly plaguing the backdrop of his tale. Grassroots India, armed with unlimited data, is learning a brand new dirty trick to rake in big bucks. It’s a trick that threatens to be far more damaging than bootlegging, gun running or trafficking.

It’s not really the ‘progress’ we were hoping for.