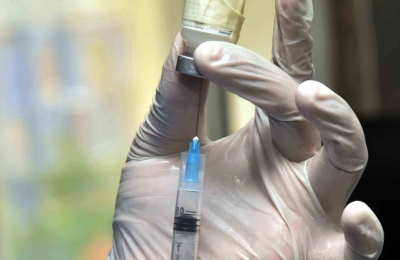 Washington– Most unvaccinated American adults don’t believe the Covid-19 vaccines are very effective and see the jabs as a greater health risk than the virus itself, a new survey has revealed.

Among those who say they will “definitely not” get a vaccine, 75 per cent say the news is exaggerated.

“The sharply different views of the vaccinated and unvaccinated help to explain the contentiousness of ongoing policy debates about vaccine mandates,” said KFF in the report.

For example, vaccinated adults are far more likely than unvaccinated adults to say the federal government should recommend employers require vaccinations among their workers (68 per cent vs. 16 per cent).

The public overall is split, with similar shares saying they think the federal government should recommend this (51 per cent) and should not (45 per cent).

“These differences are to a large degree driven by unvaccinated Republicans. Majorities of Republicans say they ‘never’ wear a mask outdoors in crowded outdoor places, at work, or in a grocery store. Democrats are more likely to report wearing a mask at least most of the time in all of these locations,” said KFF.

The health-focused no-nprofit group surveyed 1,500 US adults between July 15 and 27 for this chapter of its survey, and found little change among those with the most hardened attitudes about vaccination.

About 14 per cent of those surveyed say they will “definitely not” get vaccinated — the same proportion as in December 2020. (IANS)