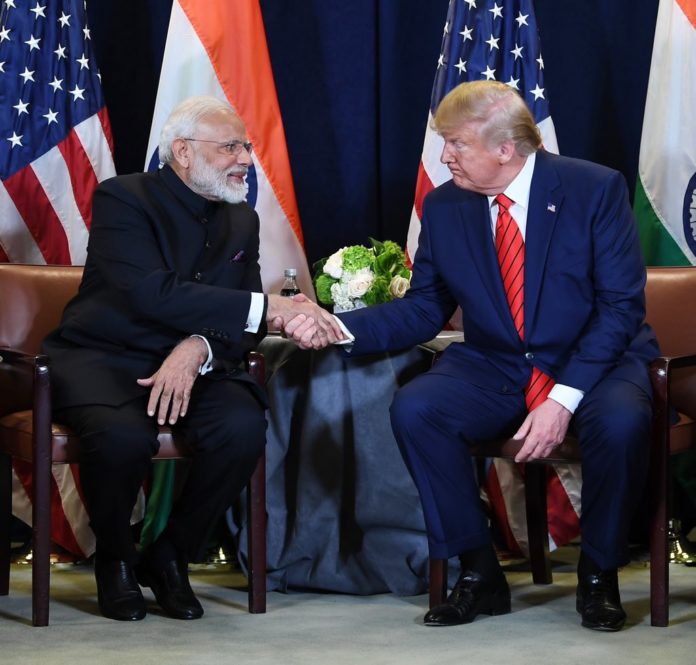 New York–Prime Minister Narendra Modi and US President Donald Trump began their bilateral talks on the sidelines of the UN General Assembly on Tuesday.

According to a tweet by the PMO: “PM @narendramodi and @POTUS @realDonaldTrump meet on the sidelines of the @UN session in New York. This comes days after both leaders were together at the #HowdyModi programme in Houston.”

Modi, along with his delegation, including External Affairs Minister S Jaishankar, was seen entering he UN Headquarters for the talks.

He told the media: “I am thankful to Trump that he came to Houston. He is my friend but he is also a good friend of India.”

The bilateral comes two days after the ‘Howdy, Modi!’ event in Houston, in which the two leaders shared the dais before a 50,000 strong crowd of Indian Americans.