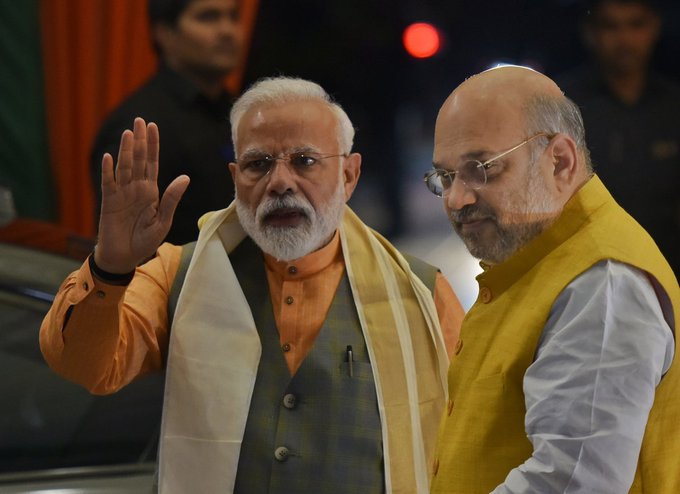 New Delhi–Union Jal Shakti Minister Gajendra Singh Shekhawat has termed the first year of the second term of the Modi government as very successful. He said the country has chosen the right path for progress by electing Narendra Modi as Prime Minister. He, however, attacked the opposition parties for not playing the constructive role during the Covid-19 crisis.

In an exclusive interview to IANS, Shekhawat said, under the leadership of Prime Minister Modi, India’s image has grown manifold in the eyes of the world. “I can say with confidence that the people of India must be very happy today after choosing Narendra Modi as the Prime Minister in 2019. Modi has lived up to the expectations of the people, as the government has taken a series of path breaking and historic decisions — removing Article 370 from Jammu & Kashmir and clearing all hurdles from the path of construction of Ram temple,” he said.

On the question of the role of opposition in the last one year, Shekhawat said, the opposition parties are making unnecessary noise, not giving constructive suggestion to the government and are only making statements which are not needed. “When Prime Minister announced Rs 20 lakh crore package to revive the economy, a former president of a political party said that the mother India is crying today. I think the people of India understand the reality.”

Endorsing the Centre’s lockdown 5.0 plan and a significant easing of curbs, Shekhawat said the plan will help revive socio-economic activities and restore normalcy in people’s lives. “An awareness about the new virus has been created in the last 60 days. The lockdown was enforced to slow the spread of the pandemic and prepare to deal with it. We have won in our efforts.”

“We have to strike a balance between lives and livelihoods. We will take the country towards normalcy in three phases of Unlock India,” he said.

Stressing upon Modi’s initiative of self-reliant India, Shekhawat said, India will turn this crisis into opportunity. “Country is moving in that direction under Modi’s leadership. We will also fulfill our pledge to make India a five trillion dollar economy,” he said.

Shekhawat did not agree that the river Ganges were cleaned due to the lockdown. He said, “It was because of the work done in the last four years on a mission mode to clean the Ganga.

The union minister said that despite the lockdown, Central, state and local administration continued to work on the ‘har ghar nal’ scheme by preparing action plans. (IANS)