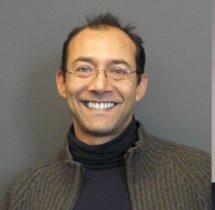 CAMBRIDGE, MA— MIT Professor Shankar Raman and three others have been named 2018 MacVicar Fellows, MIT’s most prestigious undergraduate teaching award, according to MIT News. Raman is a professor of literature at MIT.

MacVicar Day is named after the late professor Margaret MacVicar, founder of MIT’s renowned Undergraduate Research Opportunities Program (UROP) and the first dean for undergraduate education. She revolutionized the undergraduate experience by refusing to accept the status quo. With a fierce belief in her students’ ability, she expanded research opportunities, revised academic requirements, and fostered a welcoming and innovative community.

The MacVicar Faculty Fellows Program recognizes professors who continue her work as a champion of teaching and advising, and who engage with students to advance the mission of the Institute.

Fellows are selected through an annual merit-based nomination process. An advisory committee — comprised of the vice chancellor, faculty from each of the five schools, and current undergraduate students — review the nominations and recommend candidates to the provost. Each fellow receives $10,000 per year, over a 10-year term, for educational activities, research, travel, and other scholarly expenses.

Raman is a professor of literature. His research ranges from Renaissance and late-Medieval literature and culture to post-colonialism and literary theory. After receiving bachelor’s degrees in electrical engineering and architecture at MIT and a master’s degree in electrical engineering from the University of California at Berkeley, Raman changed fields and received a master’s and PhD in English literature from Stanford University. He began teaching at MIT in 1995, gained tenure in 2002, and received full professor status in 2012.

Raman’s unconventional path has proven particularly beneficial to his students. “One of the most unique and helpful aspects of Prof. Raman’s advising,” one former student wrote, “was his ability to leverage his own unique life trajectory, which enables him to connect with MIT students on their own technically-minded terms better than most.”

This sentiment was echoed in many of the student nominations. “It’s hard not to be intoxicated by the kind of intellectual energy Prof. Raman fosters in his classes. It’s why I chose to take another class with him, why I recommend his classes to my friends, and why he is one of my favorite professors at the Institute,” one wrote.

“His capacity for explaining abstruse philosophy is unrivaled, and his excitement about ideas is infectious. Twelve years later, I still have and refer to the handouts from [his literary theory] course,” another wrote.

As curriculum committee chair, Raman was influential in the creation of popular six-unit literature subjects called samplings, which focus on reading and discussion. “The samplings subjects are now a permanent fixture in the literature curriculum and have brought in many students who may not otherwise have taken a literature class at MIT. That these subjects exist at all is due to Shankar’s vision and initiative,” says Noel Jackson, an associate professor of literature.

Raman was humbled upon learning that he would be a MacVicar fellow. “My first reaction was one of gratitude towards friends and colleagues in my department and at MIT. I am fortunate to have a number of colleagues who have functioned as pedagogical models over the years, leading me to think more deeply about what works in the classroom. I am grateful to those who got me interested in educational policy at MIT, getting me involved in pedagogical issues whose impact extends beyond the classroom. I am still a little surprised that I was chosen, but am honored by the award, and look forward to contributing further to teaching here at MIT in years to come.”

(This information has been reprinted with courtesy from MIT News.)