TAMPA, Fla— The Top 100 Worldwide Universities Granted U.S. Utility Patents in 2018 has been announced by the National Academy of Inventors (NAI) and the Intellectual Property Owners Association (IPO). The report is created using data from the U.S. Patent and Trademark Office (USPTO), and it highlights the vital role patents play in university research and innovation.

This report, published annual since 2013 by the NAI and IPO, ranks the top 100 universities named as the first assignee on utility patents granted by the USPTO in the 2018 calendar year. The full report can be found on Ingenta, where the NAI publishes its multidisciplinary journal Technology & Innovation. It is also available on the NAI website.

“The patents our universities produce represent important processes and collaborations which have the potential to make a significant impact on society on a local, regional, national and global scale,” said Paul R. Sanberg, president of the NAI. “We are honored to partner with the IPO in recognizing the top academic patent holders through this report for the seventh consecutive year.”

“Patenting an invention is the first step towards making a lasting impact on the innovation ecosystem,” said Jessica Landacre, Deputy Executive Director of the IPO. “The Top 100 Worldwide Universities Granted U.S. Utility Patentsdemonstrates which institutions are at the forefront of this change, and highlights the important role innovation plays in local, regional and global economies.”

The NAI is excited to welcome 11 new institutions to the rankings this year. The incredible innovations represented by these awarded patents span a wide variety of fields, such as memory enhancement, wireless charging, treatments for alzheimer’s and other tauopathies and more. IPO’s Top 300 list of organizations that received the most U.S. utility patents during 2018 will be released for the 36th consecutive time later this summer.

The information provided in this list is based on data obtained from the U.S. Patent and Trademark Office. For this report, a university is defined as an institution that grants undergraduate-level degrees. Patents reported are utility patents granted during the 2018 calendar year. When a patent is assigned to one or more entities, credit is given to the first named entity. The number of patents granted does not necessarily indicate the value of a university’s technology, the effectiveness of its research or whether its patents will be successfully licensed and/or brought to market. 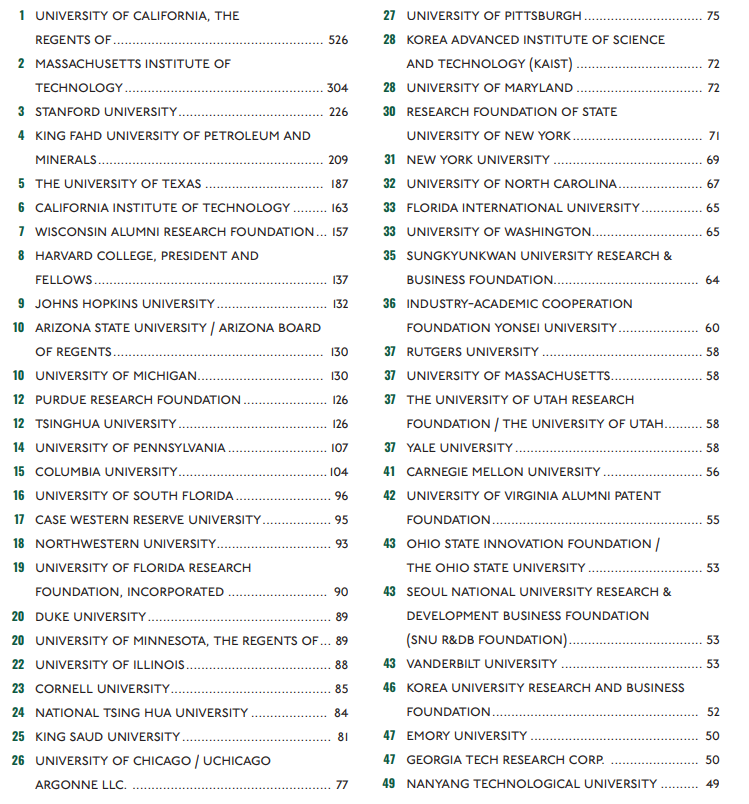 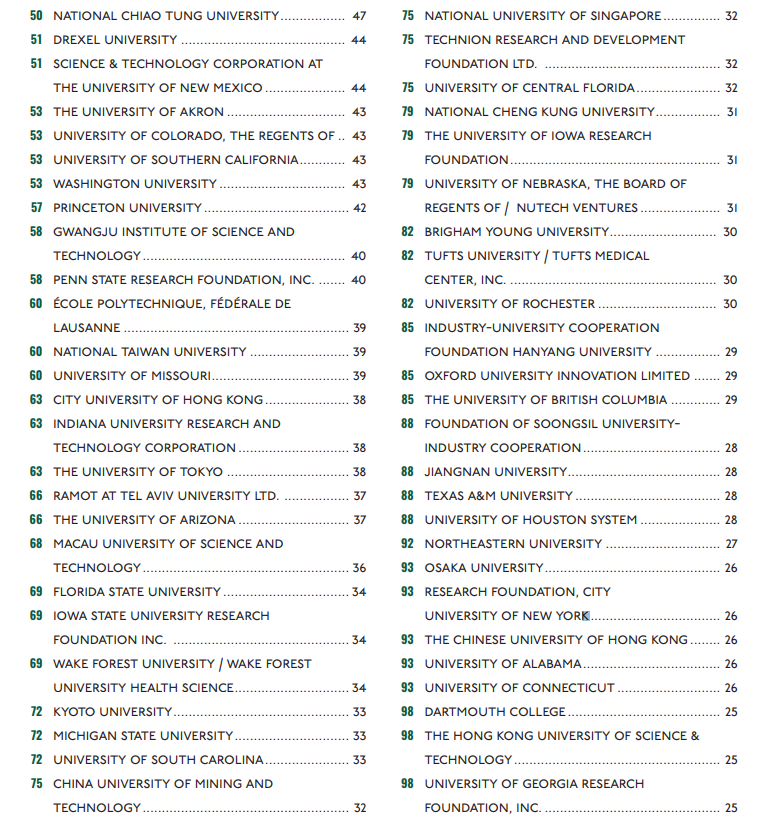