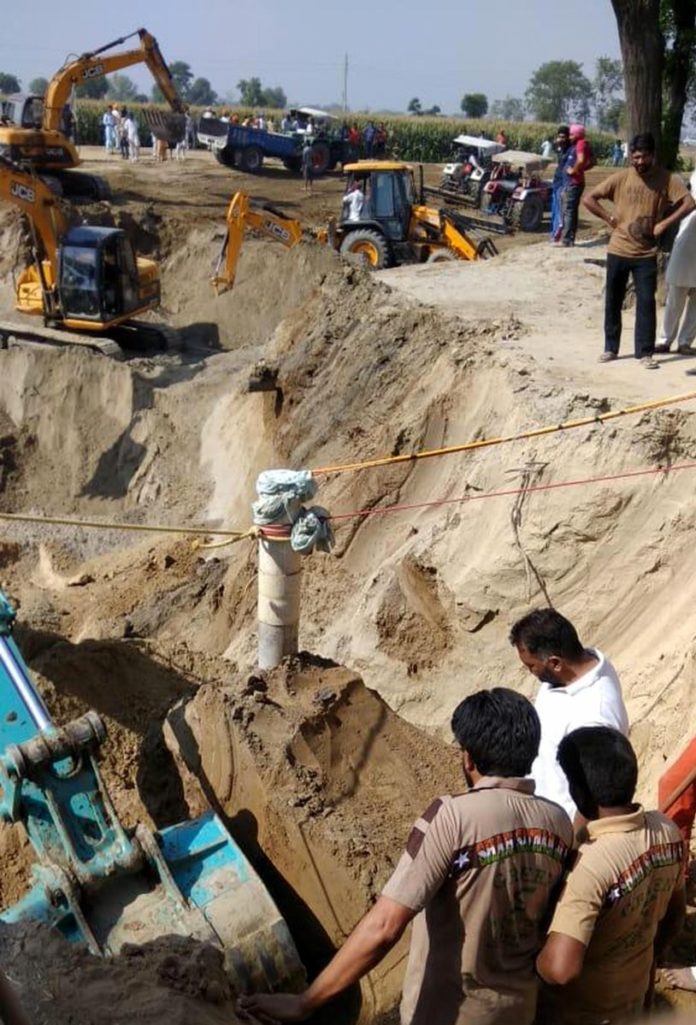 Sangrur/Chandigarh–The two-year-old boy who was retrieved Tuesday morning from a 150-foot-deep abandoned borewell in a village in Punjab’s Sangrur district after five days of rescue operation was no more, claimed victim’s grandfather.

“Why was he taken to the hospital when he is no more,” Rohi Singh, child’s grandfather, told reporters on the spot.

He claimed that the body of the child had grievous wounds. “He was pulled out (of the borewell) by using strings.”

The rescued child was admitted to the PGI hospital in Chandigarh, some 130 km from the accident spot, Sangrur Deputy Commissioner Ghanshyam Thori said.

The boy, who had been trapped in the abandoned borewell since June 6, was retrieved by the rescuers of the National Disaster Response Force (NDRF).