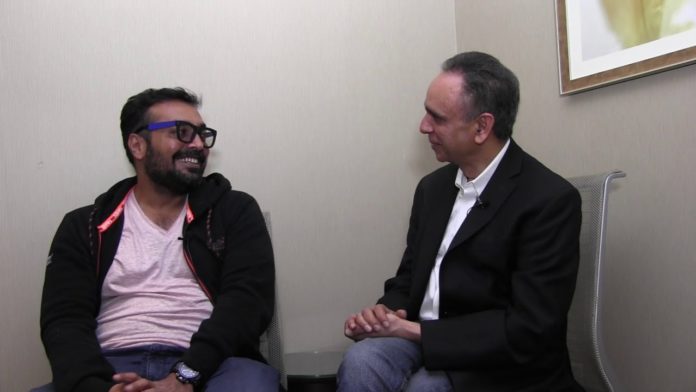 BOSTON—Anurag Kashyap, who has received the National Film Award and four Filmfare awards and has produced, directed or written scripts for more than 100 movies in Hindi cinema, is known as the master of making movies that no one wants to make.

How does he do it? In an exclusive video interview on Face-to-Face with Upendra, Mr. Kashyap shares his process of movie making and, most importantly, his journey from childhood to where he is today and what shaped his core philosophy of living and succeeding at everything one does.

Mr. Kashyap was in Boston recently to speak at the India Symposium organized by Babson College students.

During his talk at the India Symposium, Mr. Kashyap talked about his film marking journey and said that in the beginning of his career he accepted all the conditions from various parties involved in move making because all he wanted to do was make movies. He said what matters the most to him is to make the next film.

“I have to find new actors who will give me their time. With big stars, there is too much attention,” said Mr. Kashyap, adding that at least 4-5 times a month he is approached by people with influence who want film to be made on their life.

He advised the students to find their passion and desire to what they want to do and just do that.