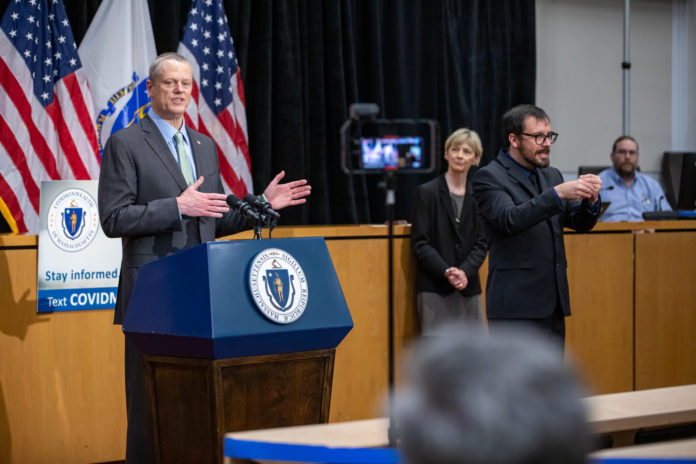 The mobile testing sites in Foxborough and West Springfield will each perform up to 200 tests per day, seven days per week, with appointments scheduled in advance by agencies and departments through a call center at the Executive Office of Public Safety and Security. Testing is performed at no charge. The sites reflect a partnership among the Baker-Polito Administration, the Big E, Brewster Ambulance Service, the Department of Correction, the Department of Fire Services, the New England Patriots, the New England Revolution, Wellpath, and Quest Diagnostics.

The guidelines, which are not mandatory, are designed to:

Click here to read the Crisis Standards of Care document.

Grocery Store Guidance: Yesterday, the Department of Public Health released further guidance to promote social distancing at grocery stores. The new guidance requires that each grocery store limit occupancy to 40% of its maximum permitted occupancy level (except stores with a maximum occupancy of less than 25 people). It also sets out procedures by which staff should monitor occupancy levels. The guidance builds on a previous March 23 order for grocery stores, which set out policies for ensuring access to handwashing facilities and protecting employees in higher-risk populations, among other requirements.