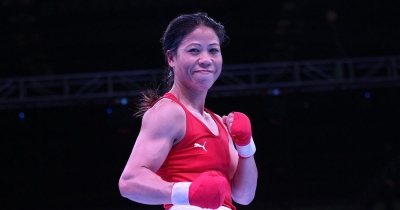 New Delhi– Talking to MC Mary Kom while hosting the Indian Olympic contingent for breakfast, Prime Minister Narendra Modi said the Indian boxing star had brought the limelight on women athletes in India for the past decade.

“We miss you in Parliament,” said the Prime Minister. To which the Rajya Sabha MP replied, “I could not attend due to practice.”

Mary Kom then apologised for not winning a medal at the Tokyo Games. However, the Prime Minister said, “Wins and losses are part of life. You have contributed in a big way in the sports world, especially in India. It is because of you that women sportswomen have grabbed the spotlight now. The last decade has been in your fists, so you have achieved a lot.” (IANS)