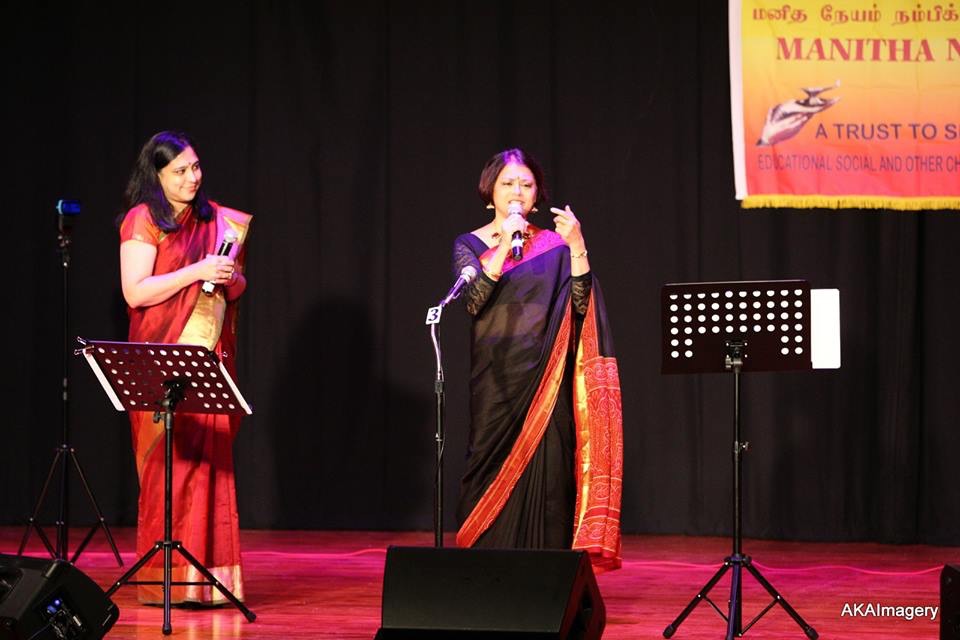 The fundraiser, which was attended by 250 people,  raised over $20,000 towards their vision of igniting universal passion and love for humanity that will steer current and future generations towards a world of peace, opportunity and happiness.

Manitha Neyam Trust, or Love for Humanity Trust, was formed in Sri Lanka, USA and UK in 1999 to help the orphans, differently-abled and elderly who were affected by the ongoing civil war in Sri Lanka at that time.  Although the war is over for more than eight years now, the need to uplift the down trodden is far from over in that country.  There are still many students in the north and east who need assistance to complete not only Elementary, Middle and High school, but also their college education. 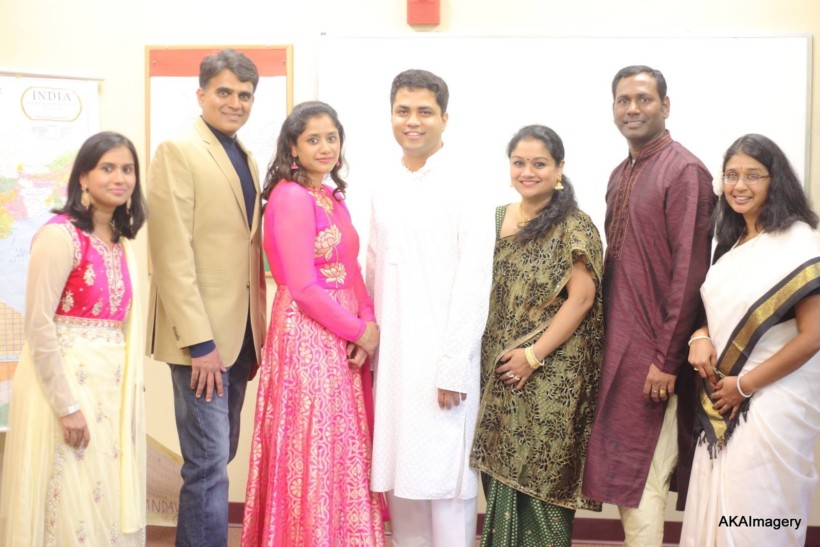 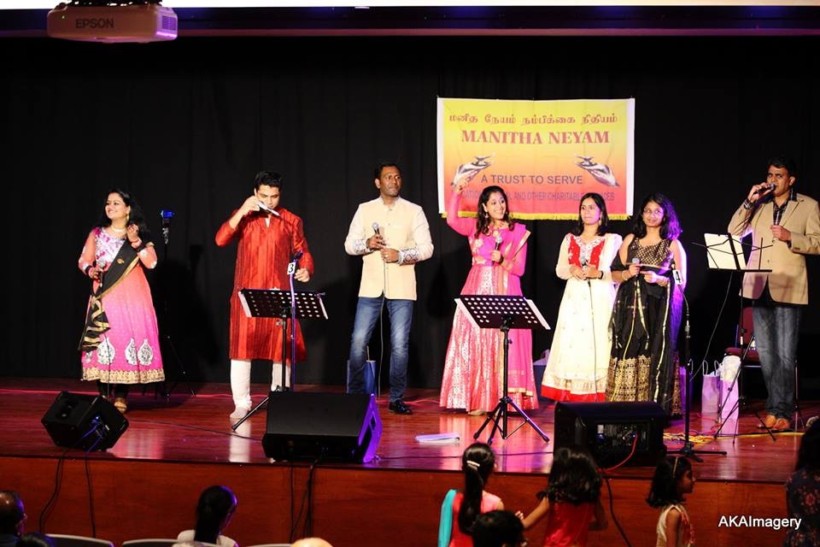 At the Tamil concert last month, Ashwin Aravinthan welcomed the audience and dedicated the event to Late Mr. V. Kailasapillai, founder of MNT , who passed away earlier this year. The stage was then handed over to: Anu Chitrapu and Sudha Lakshmi Rao, both of them no strangers to Manitha Neyam. Both Chitrapu and Lakshmi Rao served as co-masters of ceremony of the evening.  Both kept the audience engaged and entertained throughout the evening with their light banter and trivia that was both humorous and informative.

The singers presented a delightful musical garland ranging from the era of Mellisai Mannar M.S.Viswanathan and Ramamoorthi, Isaignani Ilayaraja to Imman.  The highlights of the evening were:

Aninformative and moving video of Manitha Neyam’s activities and how your donations help their various projects was screened during the break. On conclusion, Trustee, Mr. Mano Shan, proposed a vote of thanks and honoured the team who had worked so hard to make the show a resounding success. There were a number of kudos from many in the audience, appreciating the efforts of the music team, the sound engineers, the organizers and the volunteers.