Mumbai– In a humanitarian gesture, the Maharashtra government will bear all the medical expenses of legendary singer of yesteryears, Muarak Begbum, who is ailing since some time now, Cultural Affairs Minister Vinod Tawade said here on Thursday. 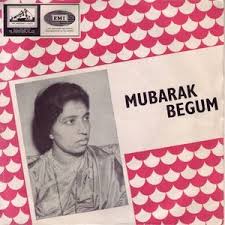 The 80-year-old singer was admitted to Brahmakumaris Hospital in Andheri 10 days ago for treatment of mainly old age related problems, her daughter-in-law Zarina Shaikh said. However, the family is in dire economic conditions and could ill-afford her treatment at the private hospital.

Upon learning of Mubarak Begum’s delicate medical and financial condition, Tawade said he had sent acting cultural affairs director Sanjay Patil to enquire after her health and other requirements.

Patil spoke to doctor Amit Patil under whose care she is kept and directed that the best medicare should be accorded to her and the state government would foot the entire bill, he added,

Mubarak Begum’s granddaughter Sana Shaikh rued that barring some financial help from Bollywood actor Salman Khan, entire Bollywood seems to have forgotten the senior singer who ruled hearts for decades in her heydays.

Zarina also told IANS that nobody from the industry “has called, none have enquired or offered help, except Salman Khan who made a donation directly to the hospital. For our other routine expenses, Lata Mangeshkar’s family trust helps us regularly”.

Since the singer’s only daughter Shafaq Bano expired due to prolonged illness last year, Mubarak Begum has remained unwell with bouts of hospitalisation, including last December, and her son Mehmood is unable to work due to health issues, she said.

Mubarak Begum is remembered for singing scores of songs, duets and ghazals for Bollywood, mainly during the 1950s-1970s.