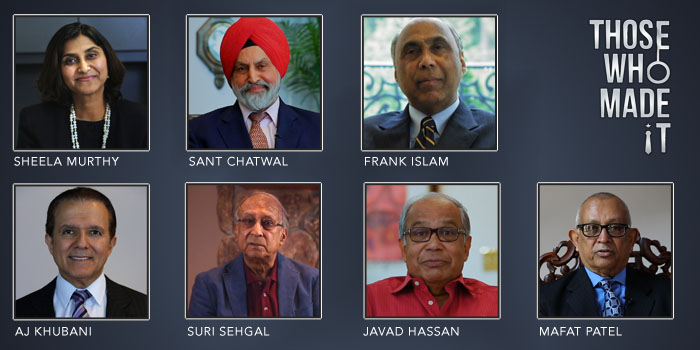 NEW YORK – Zee TV launched Those Who Made It, directed by Mayank Tripathi, which is a series that features an Indian American entrepreneur and philanthropist every episode.

The show follows the individuals as they recount their path to success and share stories from their personal and professional lives. The series premiered on October 14.

The first episode followed Sheela Murthy, a successful lawyer who founded the Murthy Law Firm to help other immigrants like herself to maneuver through the complicated legal process. Her firm is ranked as one of the world’s leading U.S. immigration law firms. The upcoming episodes will relay the tales of Sant Chatwal, Frank Islam, AJ Khubani, Suri Sehgal, Javad Hassan and Mafat Patel – all of these enterprisers are an inspiration to South Asian immigrants who are pursuing their own American dream. Those Who Made It proves that as long as you believe and work hard, you can achieve success!

Zee TV, airing programs primarily in Hindi, made its debut in Hollywood by launching the first ever English language South Asian reality television show Made In America. It is no surprise that the largest Indian television network in the world is the first Indian channel to produce content targeting international audiences. Selecting six girls from a pool of 6,000 applicants, Made In America followed the contestants for 10 weeks as they competed in various challenges, displayed their individual talents and trained with different coaches. The reality show, which only features second generation South Asians, is hosted by Nina Davaluri, the first ever Indian American to be crowned Miss America. The finale of the reality show aired on October 12.

Sameer Targe, CEO of Zee TV America said, “We realized that there was a need in the marketplace to reach a younger South Asian audience who have an enormous desire to be in the glamour world. Zee TV is the flagship television network for South Asians in the US, we decided to launch ‘Made In America’ to fulfill their Hollywood dreams, and create a platform for them to be able to showcase their talents.” You can follow Zee TV USA’s new original programming at zeeoriginals.com.