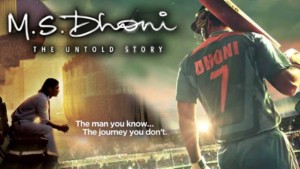 Dhoni, who has an “incredibly strong appeal across all sectors and all demographics”, will feature in nationwide marketing campaigns for it.

“Making important medicine more available and affordable is a great thing for the country, and Netmeds is one of the mainstays in the space. They have a long legacy in the pharma business and they are making it easier for people to stay healthy,” Dhoni said in a statement.

“He rose from humble beginnings and fought against very tough odds, but through hard work and belief in himself, he rose to a position of prominence and became a name whose aura resonates through every household in India. At Netmeds, we believe we have embarked on just such a journey, and with him on board, we’re even more excited about the road that lies ahead.

“When you’re out to beat a tough competitor, Dhoni is the leader you want on your team. Chronic disease is a tough competitor, and we want people to know that we intend to be the team member that helps them win the fight. And he embodies all the core values upon which we have built Netmeds. He’s someone you can really count on. He is a strong and experienced leader and he exemplifies a healthy lifestyle. He also puts ‘family first’.” (IANS)