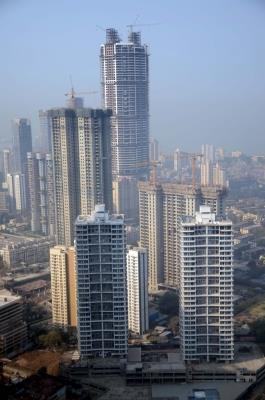 New Delhi–Amid a slowing economy, luxury real estate continues to witness weak demand as a report by Anarock Property Consultants shows that inventory level in the segment rose by 10 per cent last year.

Across seven major cities in the country, the total unsold stock of apartments priced more than Rs 1.5 crore by the end if last year was 89,000 units against 81,290 units in 2018.

“Snapped up like hot cakes by investors in previous years, luxury housing sales are still in the doldrums and hinging largely on end-user sales. Even after three years of demonetisation, despite having the lowest share of overall unsold stock in the top seven cities, it remains the worst-performing of all budget categories,” said Anuj Puri, Chairman, Anarock Property Consultants.

As per the report, Hyderabad and Pune saw unsold luxury stock increase by a whopping 58 per cent and 56 per cent, respectively during the period under review.

In the Mumbai Metropolitan Region (MMR), inventory in the high-end realty increased by 2 per cent to 48,970 units by 2019-end. The region added 11,250 luxury units last year.

Kolkata, however, bucked the subdued trend and the luxury stock in the city declined by 10 per cent to 2,050 units.

The total unsold stock across segments is nearly 6,48,400 units in the top seven cities.

Affordable housing (priced below Rs 40 lakh) comprised the maximum share at about 36 per cent in the overall stock, followed by 31 per cent in the mid-segment (Rs 40-80 lakh).

Premium housing (Rs 80 lakh-1.5 cr) comprised 19 per cent of the unsold stock while the rest 14 per cent was luxury housing.