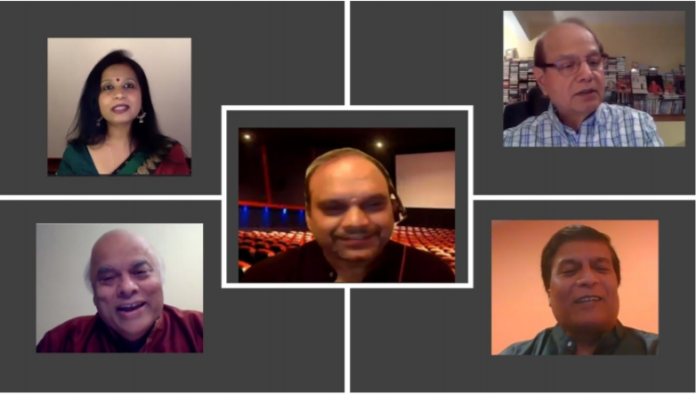 BOSTON–Greek philosopher Plato was right when he said: “Music gives a soul to the universe, wings to the mind, flight to the imagination, and life to everything.” That saying came true when three Boston singers on Saturday presented an online musical concert, featuring songs of Bollywood’s legendary singers Mukesh, Mohammed Rafi, and
Kishore Kumar.

The poignant lyrics touched the heart and created a mellifluous symphony, and sonorous voices of Mukesh, Mohammed Rafi, and Kishore Kumar, leading to an unparalleled nostalgic journey down the memory lane of the golden era of Bollywood this past weekend.

Such was the magic created by the three local legends of Boston–Mohan Subramaniam, Sankar Gangaikondan, and Valentino Almeida–as they regaled the audience with soul stirring melodies of the yesteryears in their heavenly voices. 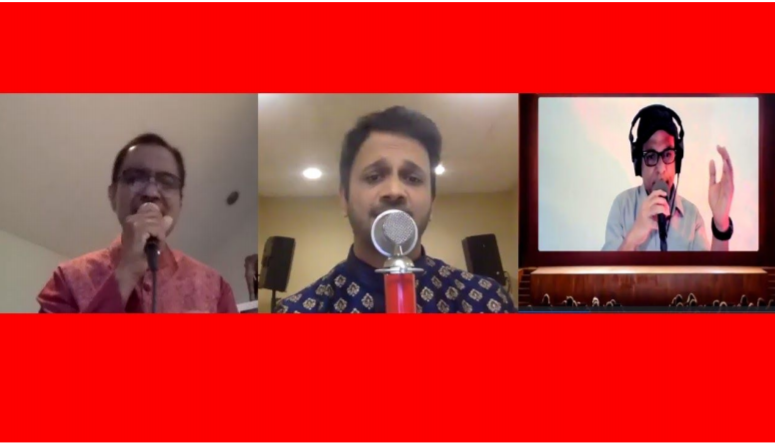 Humko tumse Ho gaya hai pyar… a virtual musical concert was conceptualized and
organized by Praveen Misra, and was enjoyed by almost 400 listeners from across the
United States and India. Impeccable sound and logistical management by Sanjay Jain created a near flawless event that started and ended right on time with no technical glitches.

The emcees of the show, Harish Dang, Bipin Parikh, Praveen Misra, and Manisha Jain, effortlessly wove the entire show together as they introduced the artists and the different singers, amusing and entertaining the viewers with trivia from Bollywood.

Though hard to select certain songs from the vast repertoire of musical gems from
these artists, the song selection and flow of the show was par excellence. Mohan,
Sankar, and Valentino presented six songs each, singing not only songs by their favorite
singers, but stepping outside their comfort zones to effortlessly sing songs by all three
artists, proving their versatility and diversity of range and ability.

The audience shared their applause and appreciation by expressing their feelings through the chat feature.

The positive energy created by this interaction between singers, emcees, and attendees
was palpable and contagious.

In the words of one of the esteemed viewer’s, Inder Kaul, “Brilliance on behalf of the
conceptualizers and organizers of this meeting to have these singers go outside their comfort zones and cross each other’s preferred singing paths. Not only does this approach allow amateurs and music lovers like me appreciate the versatility and the range of the individual singers, it tells me how well composed they are despite a tinge of implicit healthy competition. Each singer has touched our hearts unconditionally and reinvigorated us to hymn these melodious verses. MCs have been simply fabulous, very rich content, educational and thoughtful but most importantly the appropriate dose for us to blend well into this evening and the musical extravaganza.”