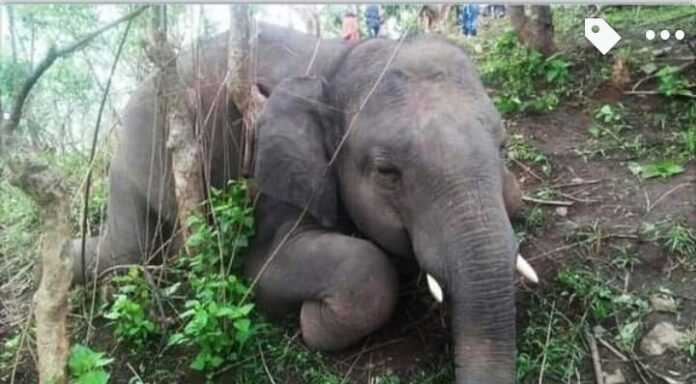 Guwahati–In a tragic incident, a herd of 18 wild elephants were killed after being struck by a massive ‘lightning’ in central Assam’s Nagaon district, officials said on Thursday.

Confirming the incident, Nagaon district Deputy Commissioner Kavitha Padmanabhan said that a team comprising wildlife, forest and veterinary department officials went to the forest areas on Thursday to ascertain the exact cause of the deaths.

“Before getting the reports of the official team, I am unable to say the number of male, female and calf among the 18 dead elephants,” Padmanabhan told IANS over phone.

Forest and wildlife officials said that the incident occurred on Wednesday night in the mountainous Kandali Proposed Reserve Forest (PRF). 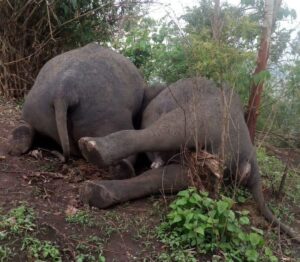 Assam’s Chief Wildlife Warden M.K. Yadava, quoting local wildlife officials, said that 18 elephants have died and lightning is the most likely the cause of death.

He said the exact reason would be known only after post-mortems of the dead animals are conducted on Friday.

Local people informed the forest officials that the carcasses of the dead elephants were scattered in different places of the deep forest area.

Yadava said that cases are often reported of lightning striking animals down and five elephants died due to this in West Bengal recently, but Wednesday’s incident in Nagaon is huge and terrible.

The district has had cases of man-animal conflicts.

The world famous Kaziranga National Park and Tiger Reserve (KNP & TR), one of India’s seven UNESCO world heritage sites in the natural and environment category since 1985, also falls in five districts of Assam, including Nagaon.

Assam Chief Minister Himanta Biswa Sarma and Minister of Environment and Forest Parimal Suklabaidya have mourned the death of 18 elephants.

The Chief Minister asked Suklabaidya to visit the spot and submit a report to him about the incident.

An official statement said that Suklabaidya would visit the site with the forest and other officials on Friday morning to take stock of the situation.

The minister said that a team of forest and veterinary officials had already visited the spot. (IANS)