Mumbai– Australia’s legendary wicketkeeper-batsman Adam Gilchrist has hailed the appointment of Anil Kumble as the Indian cricket team’s head coach, saying the combination of leg-spin great and Test skipper Virat Kohli is already showing positive signs in improving their overseas record in the longest format of the game.

After being appointed as head coach of India in June, former India captain Kumble has begun his new spell in style by helping the national side to comfortable Test series victory against hosts West Indies with a match still to be played. The win also propelled India to No.1 position in International Cricket Council (ICC) Test rankings.

And the 44-year-old Aussie has praised Kumble as a respected cricketer who will guide the team in the right direction, adding that the series win in the West Indies shows the Kumble-Kohli combination is working well.

“It’s a fine appointment. He (Kumble) is a respected player and person who will guide the team in the right direction,” Gilchrist told IANS in an exclusive interview here.

“The Kumble-Kohli combination has every chance of getting and retaining number 1 spot (Test). Their key focus will be on improving their overseas record; there are already positive signs of this from the win in West Indies,” he added.

Considered as one of the most explosive batsmen in his era, Gilchrist came in defence of India’s limited-overs captain Mahendra Singh Dhoni, saying that the 2011 World Cup-winning skipper definitely has still a lot to offer for his national side.

He also added that Kohli should not be rushed to take up captaincy in all three formats.

“There is no rush in Kohli taking over captaincy (in all formats). Whilst MSD is still there, there is no reason for him to stand down. It’s a matter of time for Virat,” he said.

“MSD-definitely yes,” he added when asked if Dhoni can continue playing.

Gilchrist has also encouraged the initiative to popularise the game in the United States and other parts of the world after India and the West Indies are scheduled to play two-match Twenty20 International series in Florida later this month.

Adam Gilchrist during an interview with IANS. (Photo: IANS)

“It is fantastic and must be encouraged wherever we can,” he said.

Despite winning 50-over World Cup for a record fifth time in 2015, Australia is yet to make a mark in the 20-over format, failing to bag the World T20 title. And the Bellingen, New South Wales-born pointed out that lack of quality spinner in the side has resulted in their poor T20 form.

“We don’t seem to have ever settled on our best T20 line up. We definitely haven’t identified and stuck with a spin bowler for any length of time. All successful T20 teams need a good spinner,” he added.

Gilchrist who was in the city as a brand advocate of ‘Friend of Australia’, a tourism Australia’s global ambassador network, said that he wants more Indians to travel to his country and “experience a bit of everything.

“Being a ‘Friend of Australia’, I get the opportunity to share my own personal stories to inspire travel enthusiasts to visit Australia. I am here to do my bit to inspire and drive Indian tourists to experience Australia and am honoured to be the chosen advocate of Australia in helping strengthen tourism ties between our two countries. Having spent so much of my cricketing career playing in India, I have gotten to understand the important bond Australia has with India,” he said.

“As far as experiences (are concerned), Australia as a country pretty much has all to offer. Pristine beaches, scenic landscapes, fine cuisine, vineyards, quality snowfields, iconic attractions-can experience a bit of everything. Destinations such as Hamilton Island, Hayman Island, Kangaroo Island, Uluru and Tasmania have seen an increased traction among the mid-aged affluent Indians,” Gilchrist signed off. 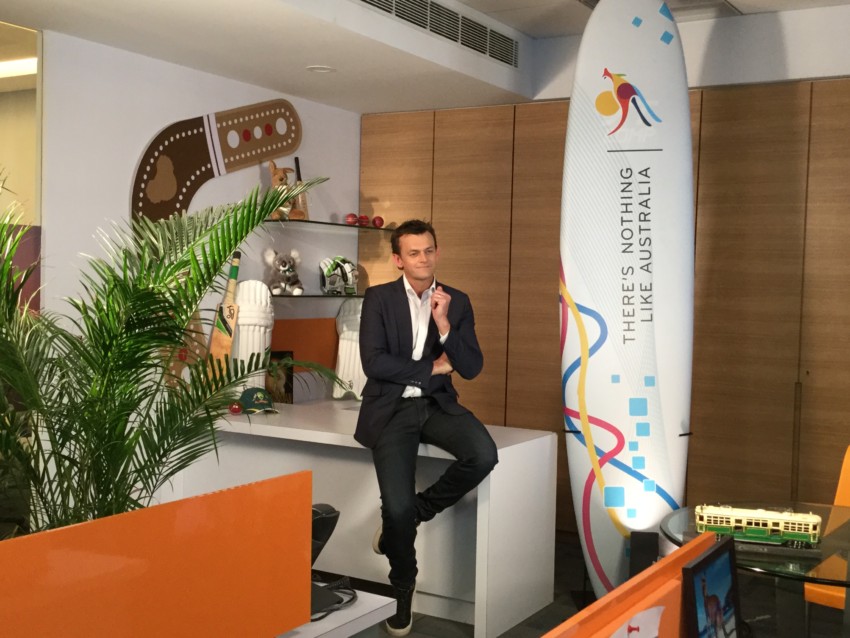