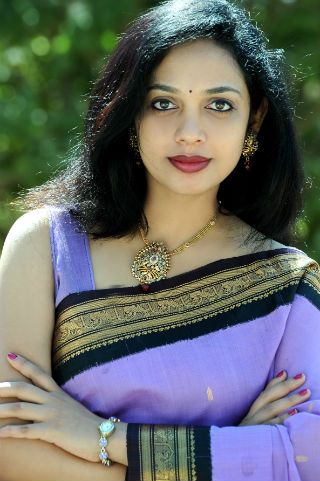 Kavyashree Mallanna is one of New England’s top chess players. She is currently the highest rated female chess player in New Hampshire, and has an ‘Expert’ level rating from United States Chess Federation (USCF.)

She is the Founder Director of Celestial Minds, a foundation which uplifts social conditions across the world through the ‘Outreach’ program, whose motto is “Express through Chess”, through raising funds to sponsor a chess-talented child with cerebral palsy, donating to local NGOs, sending chess equipment to needy groups, running chess camps for deaf girls and organizing events whose proceeds are donated to charity.

Kavyashree Mallanna: Over the past 3 decades, Chess has been my passion, an integral part of my life. I have been an Indian National Player, USCF ‘Expert’ Rated Player, World Chess Federation International Organizer and an accomplished Coach (my students have consistently won several Scholastic Chess Events in New England region).

Through my company Celestial Minds, I have strived to make an impact on various aspects of Chess; especially in the recent past we have started contributing significantly to uplift the social conditions across the world – this has been most satisfying.

INE: To which charitable, community and professional group do you belong and why?

KM: My company, Celestial Minds has initiated an “Outreach Program” aiming to enrich, inspire and make a difference in lives. We like to popularize Chess in economically and socially disadvantaged regions of the world.

We work with a needy group in Uganda where kids come to learn Chess and then convinced to enroll to schools; We have ongoing chess camps for deaf girls at residential school in India who now engage themselves with the game after school.

We have raised funds to sponsor a chess-talented child having cerebral palsy, we have donated to local NGOs and deserving players who need financial aid to participate in career changing Chess events; We have ongoing free Chess programs and Outreach projects.

KM:  Both my parents are involved in music and literature; my Father leads a group of musicians who deliver programs regularly and I engage organizing his programs.

In addition, in New England I have anchored several events aimed to promote and popularize the Indian community. I love watching the Patriots and Tennis grand slams!

INE: In what way you feel you have most positively influenced or served the local community and your company/organization and professional field.

KM: I have been quite active in the New England region in organizing several prestigious Chess Events. By participating in such events, children have been tremendously influenced in a positive way and this has benefited them both in their chess rating as well as their grades at school. We have succeeded in creating a platform for overall improvement through Chess.

KM: I don’t get much time nowadays, but I enjoy swimming. I had even won the district swimming championship.

KM: I enjoyed reading “Age is just a number” by Dara Torres; it is one of my favorites in my Book Shelf.

KM: “Nothing great was ever achieved without enthusiasm” by Ralph Waldo Emerson appeals  a lot to me.

KM: My mother is my greatest inspiration, my mentor and also my role-model. Among sports persons, I admire the Olympic medalist swimmer Dara Torres for her perseverance and never give up attitude.

INE: Your core values you try to live by?

KM: I strongly believe in “Express through Chess”, which is also the motto I have adopted for my Outreach program.