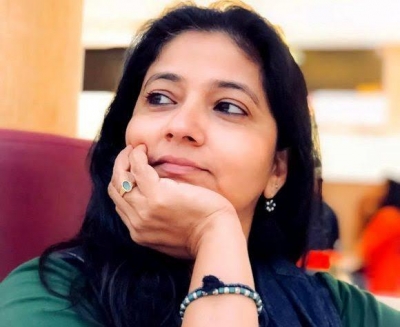 Mumbai– Actress Kanupriya Pandit portrays the role of Priya’s (Disha Parmar) mother ‘Meera Sood’. Taking care of four daughters, she’s lived a happy life even though her husband left her because she had four daughters.

Finally, living a long pending dream of her daughter Priya’s wedding, ‘Meera’ will also be seen dealing with her emotions.

Talking about her character and the current track of the show, Kanupriya shares: “The Sood family is at such a juncture in their life where suddenly there’s a great match of ‘Ram’ that’s come their way. Money isn’t the highlight but ‘Ram’ (Nakuul Mehta) is genuinely a nice person. From the things that he does, the way he reacts to various situations.”

She continues: “One situation was when my character’s ex-husband came in, one situation was when my character’s ex-husband’s wife spoke ill about us (Soods) to the Kapoor family. But ‘Ram’ handled all these things with grace and dignity. From a mother’s (Meera) point of view, I have found the match for my daughter (Priya). And, if I have to say spiritually or surreally so why shouldn’t an Indian mother who prays, celebrates festivals, get a match like ‘Ram’ for her daughter?”