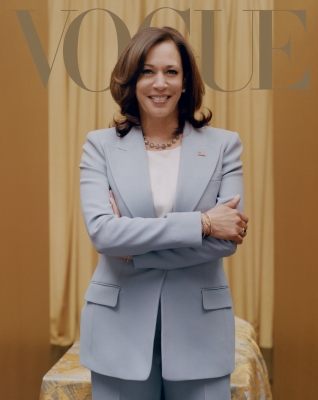 New York– A Black woman’s Bible has featured in every single big moment of Kamala Harris’ political career up till now. She laid her left hand upon it as she took the oath of office to be Attorney General of California, and it was there when she swore to defend the Constitution of the United States, as a Senator from California. “I carry Mrs. Shelton with me always,” wrote Harris in a 2019 article in Bustle.

Shelton’s Bible will be one of two that will feature at Kamala Harris’ coronation at noon on Wednesday when she becomes America’s first woman Vice President.

“When I raise my right hand and take the oath of office tomorrow, I carry with me two heroes who’d speak up for the voiceless and help those in need: Justice Thurgood Marshall and Mrs Shelton,” Harris posted on Twitter, barely 24 hours before she takes office.

The second Bible belongs to the late civil rights icon and Supreme Court Justice Thurgood Marshall, in a nod to his role in Harris’ choice of Howard University for her graduation and in shaping her thinking to see law as a tool to bring equity. Marshall also graduated from Howard, a legendary school among historically black universities. Howard is only a short distance away by train from the White House.

The “Mrs Shelton” Harris invokes is Regina Shelton who owned three houses in a single block in Oakland, California, and ran a nursery school in one of them. This was a time when Kamala Harris’ mother, newly separated from husband Donald Harris, was looking for help to care for her girls Kamala and Maya and also needed a place to stay. Gopalan and her daughters moved into an apartment above the nursery. The bonds soon grew so strong that Harris began referring to Shelton as her “second mother.”

In an interview to Yahoo!, Shelton’s nephew Aubrey LaBrie said Shelton used to ferry Kamala and Maya to a Baptist church in West Oakland every Sunday. The Bible on which Harris has taken all her oaths of office is the same Bible that Shelton carried with her to church.

“That’s been her amulet so to speak, her oracle, my aunt’s Bible,” LaBrie told Yahoo News in an interview.

Harris will be sworn in by Supreme Court Justice Sonia Sotomayor on Wednesday, extending the ‘historic’ tag to yet another first. Harris will be the first Indian and Black American woman Vice President taking her oath of office from the first Latina justice on the US Supreme Court. (IANS)