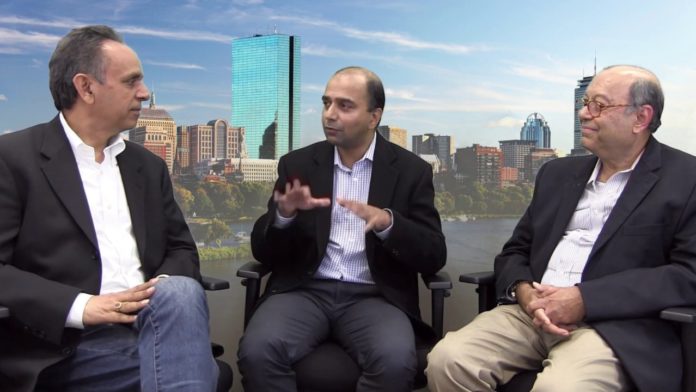 Founded about 10 years ago, Kalashri’s mission is to serve as a forum to attract performing arts talent within the New England area, advance the culture and heritage of Indian and Marathi speaking people within United States of America, and sponsor and facilitate visiting artists such as, musicians and theater professionals, of Indian origin for mutual exchange of the social, cultural, economic way of life in India and the United States.

To watch he full interview, please click here, or on the image below.

Mr. Jambhekar is originally from Ahmedabad, India living in United States for 36 years. He lived in New York, New Jersey before moving to Boston in 2004. He has passion for theatre from childhood and has acted in many one act plays in school and colleges. Acted in first full 3act play in 1971 in 1st year of college. After that acted in many Marathi plays before moving to USA in 1983

Among his theatrical projects in USA he has acted in major roles in many Marathi dramas and one Hindi drama  Mr. Jambhekar directed one act plays some of which won prizes in school and college competitions. He also directed many full-length plays including many Kalashri’s successful theatrical productions.

He had acted in an art movie in English in USA in 2002 and recently (2018) acted in a commercial Marathi movie produced in Mumbai that starred many well-known Marathi actors. Mechanical / Industrial engineer by training, he did Masters from Brooklyn Polytechnic, New York.

Mr. Vaidya is known as a Producer and Director, in Marathi and Hindi Theater for more than 20 years. He is an accomplished impressionist and actor whose performances have been staged all across the US.

He has served as Master of Ceremonies and Featured Artist for fundraisers and competitions such as Miss India USA pageant. He enjoys being a Founding Member of Kalashri of Boston with its mission to bring Quality entertainment to and nurture local talent in the community. He also serves on his town’s Economic Development Commission.

Here are details about the program:

An Evening of Classic and Contemporary Film Music and Scintillating Melodies by an accomplished singer Sanjeev and Armeen Ramabhadran , SRGMP winner of 1997 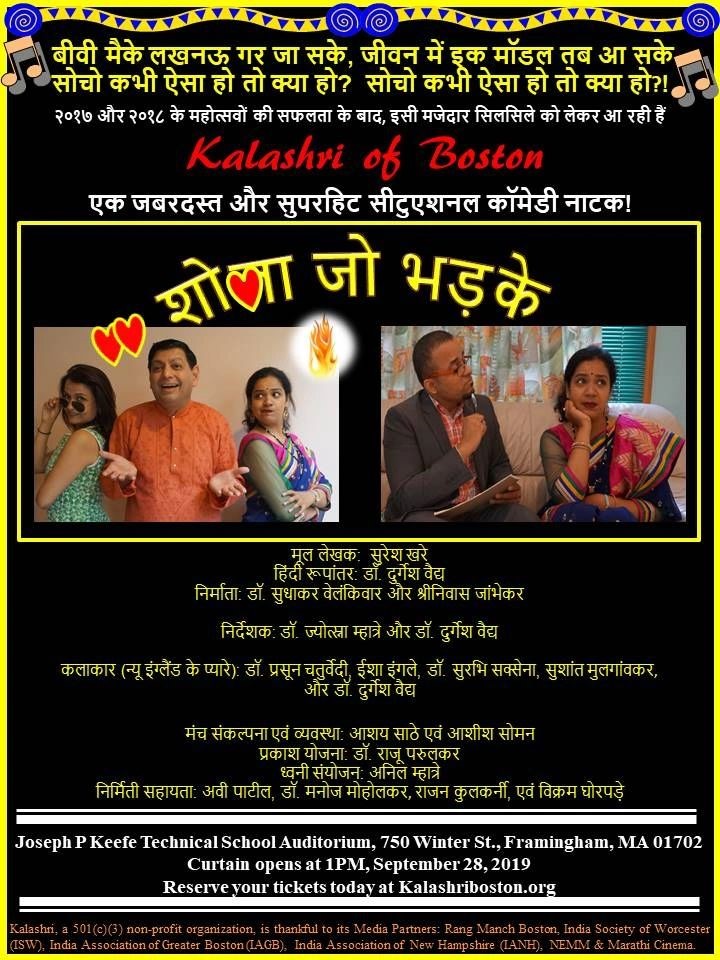