New Delhi– Actress Alia Bhatt, who is currently making news not just for her Bollywood projects but also for her link-up rumours with actor Ranbir Kapoor, says coming from a family of popular names, she has seen media attention right from childhood — and such attention doesn’t affect her anymore. 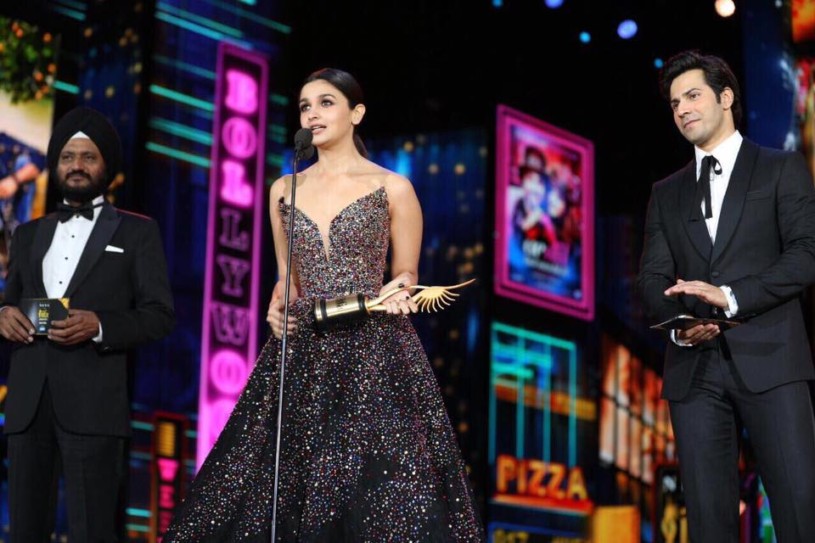 “I grew up in a family of popular talent who have always been in the news. I’ve seen recognition and media attention right from childhood. With time, I’ve pretty much got used to it and now it doesn’t really affect me as much. My only focus is to embody characters that can have a strong, positive impact on the audience,” Alia told IANS.

The 25-year-old, who made her Bollywood debut with Karan Johar’s “Student of The Year”, has proved her versatility in Bollywood with films like “Raazi”, “Highway”, “Udta Punjab” and “Dear Zindagi” — films in which she was seen in the most challenging, sometimes deglamourised avatars.

What attracts her about such roles?

“I want to keep pushing myself with every role that I play. To strike a balance between commercial and brave films has always been a priority. I make it a point to not let pressure influence my choice of roles. An inhibition is always present in every actor’s mind when they take up a challenging role, but the focus is always to give it our best shot and that is what we always strive for,” said Alia, who has also done films like “Humpty Sharma Ki Dulhania”, “Kapoor & Sons” and “Badrinath Ki Dulhania”.

Her kitty is currently full with films like “Brahmastra” opposite Ranbir, multi-starrer “Kalank” and Ranveer Singh-starrer “Gully Boys”.

While “Brahmastra” is written and directed by Ayan Mukerji and also stars Amitabh Bachchan, Abhishek Varman directorial “Kalank” stars Madhuri Dixit, Sonakshi Sinha, Varun Dhawan, Aditya Roy Kapur and Sanjay Dutt in lead roles. “Gully Boy” is directed by Zoya Akhtar and is based on the lives of rappers Vivian Fernandes aka Divine and Naved Shaikh aka Naezy.

Daughter of filmmaker Mahesh Bhatt and veteran actress Soni Razdan, Alia spoke to IANS on the sidelines of the launch of handbag brand Caprese’s latest Alia-inspired collection. Co-created by the actress, the collection is a compilation of all her favourite designs with inspiration from her personal style.

The actress says she started her journey with the brand around three years ago and enjoys their colourful collections.

“I have been obsessed with bags from even before I can remember, so getting to associate with a brand like this has further fed this love. And now, especially with the Caprese Alia collection, I am lending a piece of me to the brand and I hope the consumers love it as much as I do,” she said. (IANS)