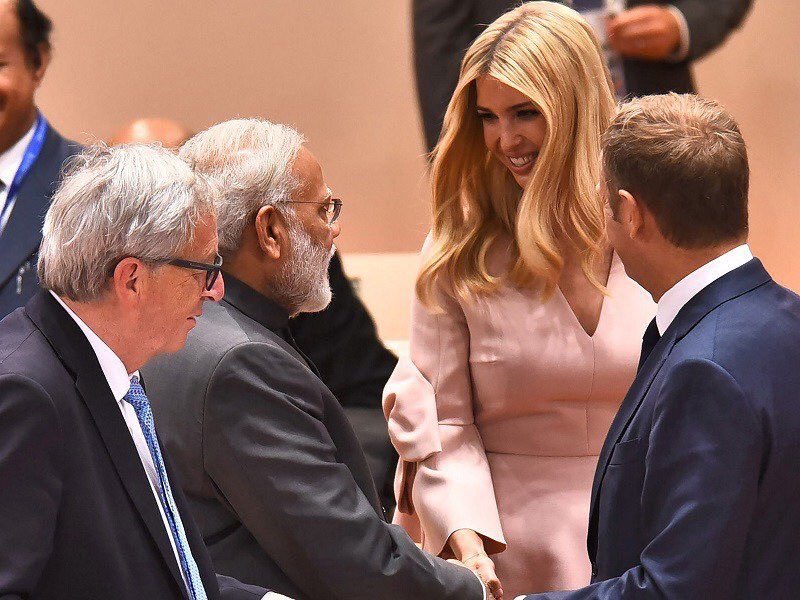 US Ambassador to India Kenneth Juster, India’s Ambassador to the US Navteej Sarna and senior officials of the central and Telangana governments welcomed her at the Rajiv Gandhi International Airport at Shamshabad around 3 a.m.

“Warm welcome to a special guest. Advisor to the President of USA@IvankaTrump arrives in Hyderabad,” tweeted Raveesh Kumar, spokesperson, Ministry of External Affairs.

She later drove to Trident Hotel in Hitec City, about two km from Hyderabad International Convention Centre (HICC), the venue of GES.

State government officials had earlier said that she will stay in Westin Hotel in the same area.

Ivanka, who is leading the US delegation, will be attending the inaugural session in the evening along with Prime Minister Narendra Modi.

The three-day event being co-hosted by the US and India will be attended by 1,500 entrepreneurs, investors and eco-system supporters from 159 countries. (IANS)